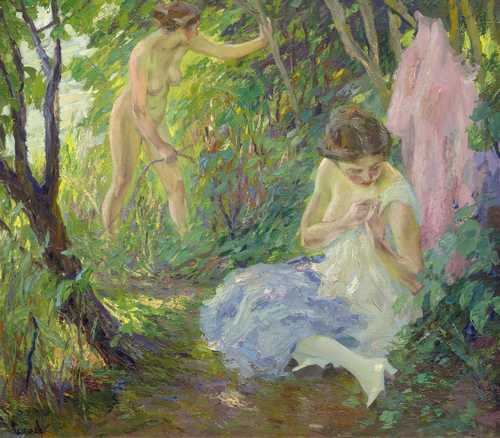 (San Francisco 1875–1954 Pasadena)
Nach dem Bade (After the bath). Before 1912.
Oil on canvas.
Signed lower left: Cucuel. Titled in English on the reverse on the stretcher.
80 x 90 cm.
We would like to thank Galerie Schüller for their scientific support.