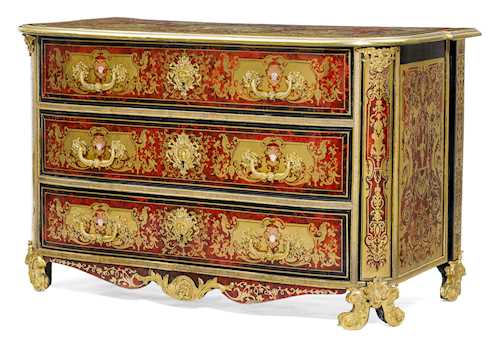 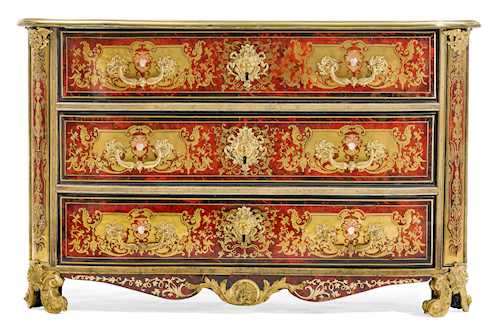 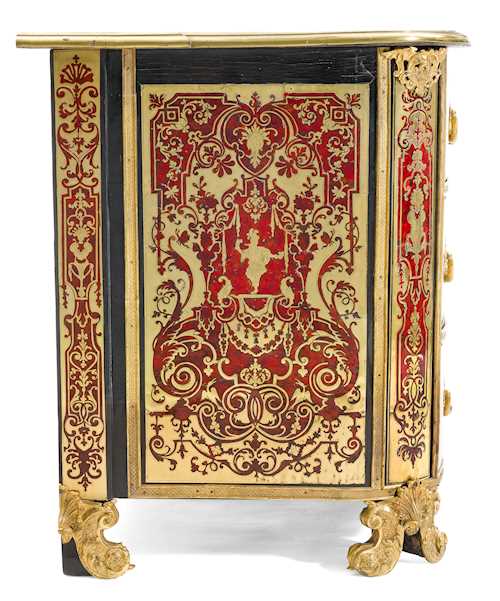 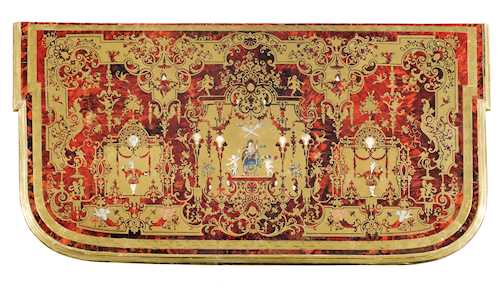 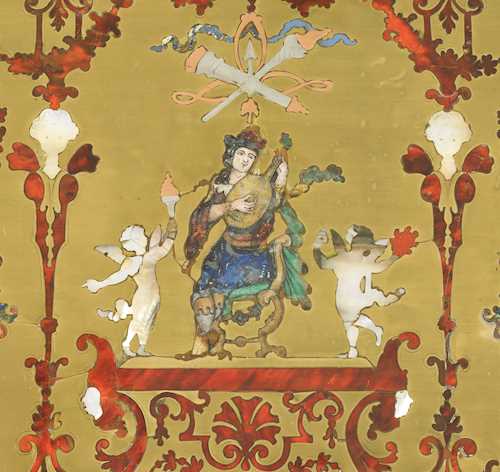 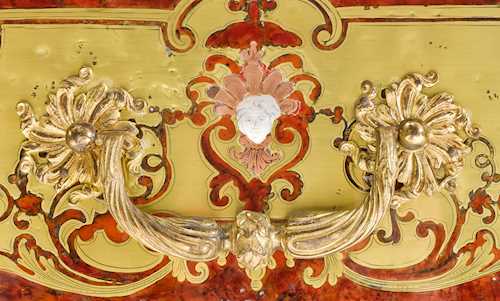 Nicolas Sageot was born in Sermaize-en-Champagne in 1666 and died in Paris on 8 January 1731. In 1711, he married the daughter of the ebeniste Jacques Roussel. His work has only recently been discovered and researched. After Sageot established himself as a freelance craftsman in the Faubourg Saint-Antoine area in the last decade of the 17th century, he became a master cabinetmaker in 1706. His workshop was located opposite the Bastille, at the intersection of the large rue du Faubourg Saint-Antoine and the rue de la Roquette, where the entrance of his store "Soufflet Royal" was. His workshop was, like that of André-Charles Boulle, one of the most developed towards the end of the reign of Louis XIV and the Régence. Sageot's main works are part of the collections of the Musée National du Château de Versailles, the Musée du Petit Palais in Paris, the Museum of Champs Castle, the Royal Palace in Stockholm, the National Museet in Stockholm, the Bavarian National Museum in Munich, the Ansbach Residenzmuseum, the Victoria & Albert Museum, the Wallace Collection in London, the Rijksmuseum in Amsterdam, and the Musée de l'Ermitage in Saint Petersburg. Four signed items of furniture by Sageot are known to exist.