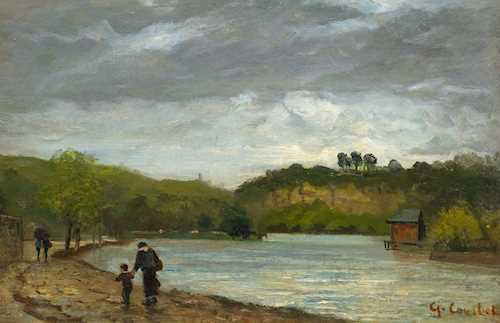 返回
拍品 3233
Studio of GUSTAVE COURBET
People walking along the Seine. Circa 1852.
Oil on panel. 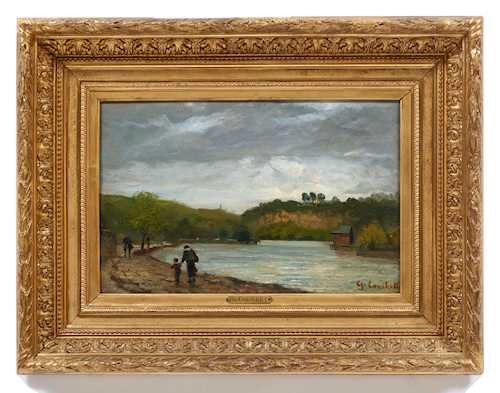 In 2011, Jean-Jacques Fernier identified this painting as a collaboration between Gustave Courbet and François-Louis Français (1814–1897) and dated it circa 1852. In a summer atmosphere, a woman and a child walk along a river, with their backs to the viewer. In his certificate (a copy of which is available), Jean-Jacques Fernier notes a special significance to this composition: Courbet had a long relationship with a painter's model from Dieppe named Virginie Binet, who gave birth to a son in 1847, of whom she claimed Courbet was the father. Abandoned by Courbet, mother and son returned to Dieppe in 1852. This story may have prompted François-Louis Français, a close friend of Courbet, to create this image, in which the woman and child in the foreground turn their backs on the viewer. Fernier identifies the landscape as the Seine near the island of Bougival, a popular meeting place for the artists of the time who rebelled against the Academy.