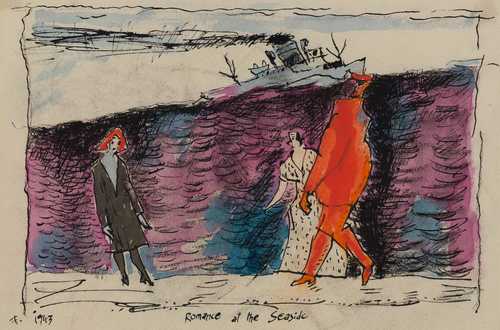 返回
拍品 3226*
LYONEL FEININGER
Romance at the seaside. 1943.
Watercolour and ink on paper.