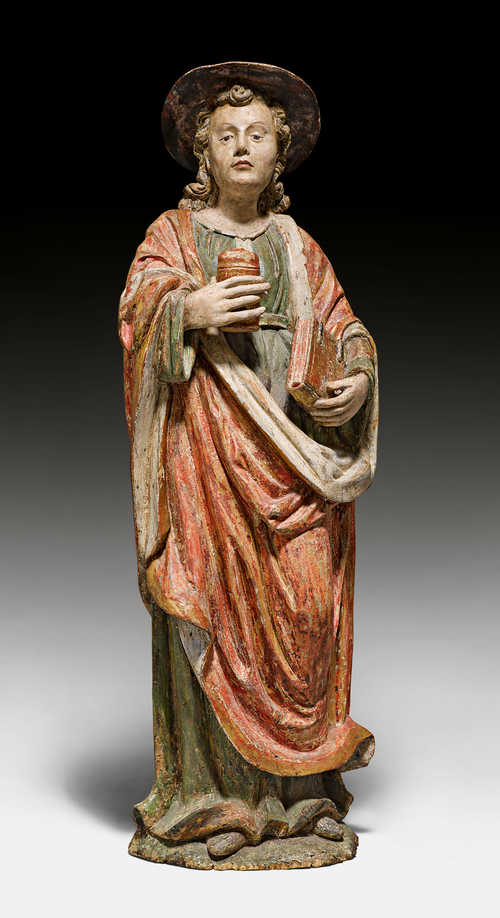 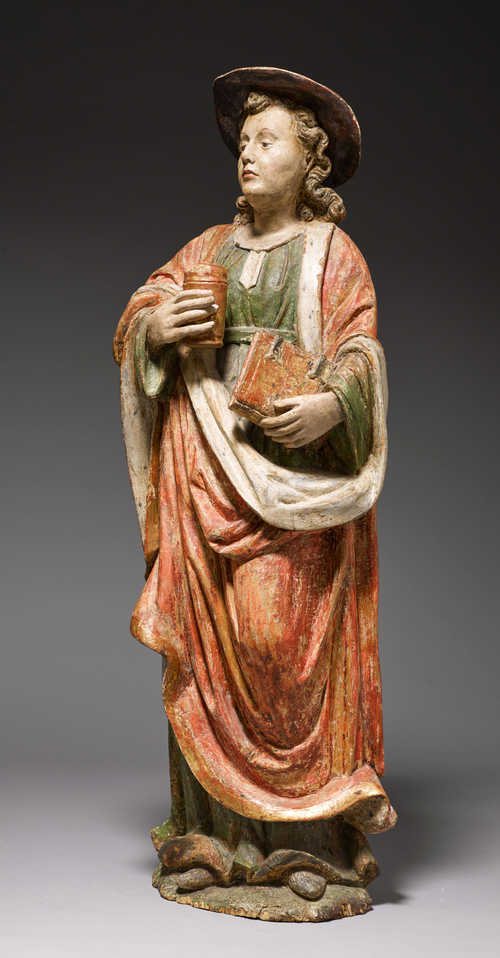 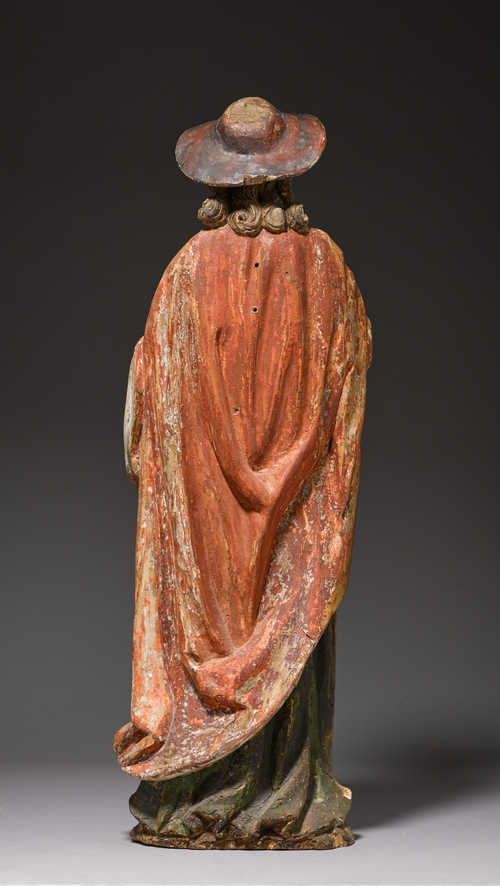 Southern Germany or Austria, 17th century.
Wood, carved all around and painted. Losses in the base area. Paint work slightly retouched.
H 82 cm.
Damian is usually depicted together with his brother Cosmas. They were both physicians and died as Christian martyrs . They are considered the patron saints of physicians.