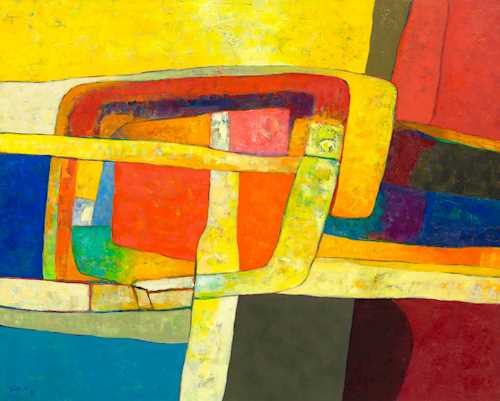 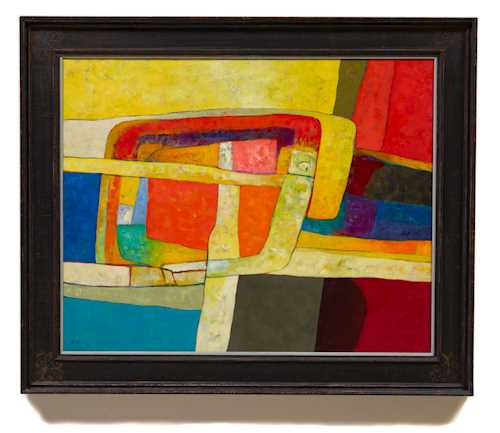 Often lauded for his colours, the creative colour of the light in the work of the French artist Maurice Estève is dependent on the form which results from the oscillating, hierarchical arrangement of the pictorial space. Estève’s path was founded on Cubism and Léger’s unambiguous formal language. Estève succeeded in developing from figurative art to abstraction without losing the formal language which was so crucial to him. It is hardly surprising then, that in this transformation, the artist was guided by no less than Cézanne and Fouquet, for whom a richness of colour and simultaneously strict pictorial composition are inseparable.

The synthesis of form and colour is also in evidence in the work presented here, Calcarone, one of 23 oil paintings, which were all produced between 1970 and 1980.