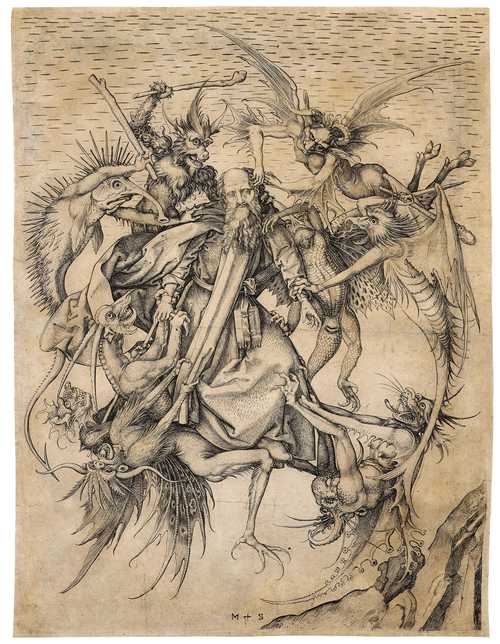 Bartsch 47; Lehrs 54 II. – Fine, clear and even impression. With larger professional restorations. Restorations from the late 19th and early 20th century mostly in the margins. Margins attached in passepartout. Partially completed in pen, as well the artist's monogram. The central fold smoothed. Above this a horizontal crease visible as far as the saint's beard. Some uneven thin areas from previous backing and removal. Even slight browning, slight rubbing and handling. Despite these issues, a good overall impression.