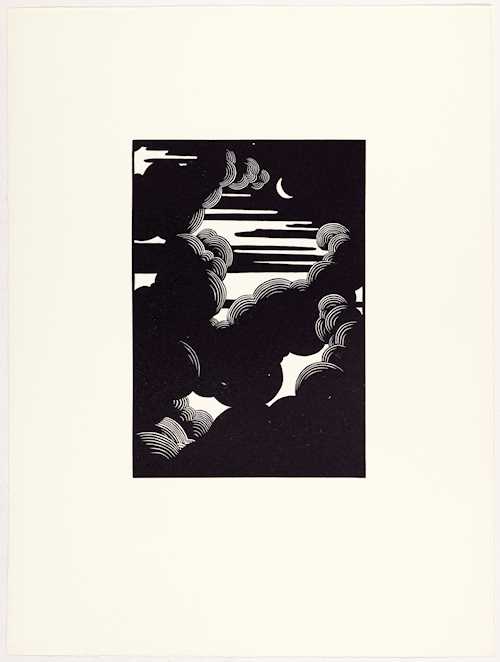 This work has been designed as the background block for the cover for Wagner's "Valkyrie".

In the monograph dedicated to the artist in 1898, Julius Meier-Graefe writes:
“I have a woodcarving by Vallotton – three blocks, which he intended as the cover for Wagner’s ‘Die Walküre’ (The Valkyrie), which convey the fire magic in a thrillingly decorative form”.

This is a decorative art object, a bound musical score, comprising three individual woodcuts, of which today probably only two are still in existence. In a catalogue raisonné of the woodcuts, Meier-Graefe explains: “We are listing the three plates, as they could be printed, although they are not intended as such”.

In 1965 just a small number of posthumous prints of the background block were made. These were entitled “Wolken” (Clouds) and are extremely rare today.