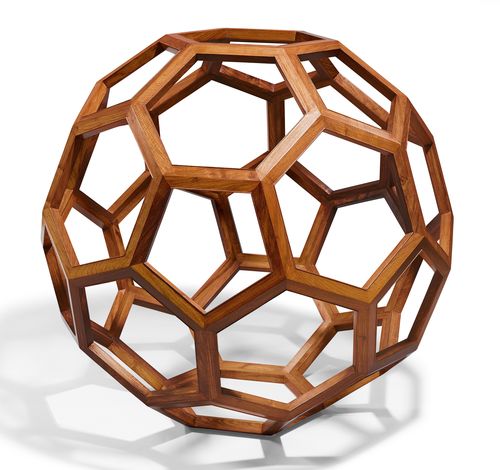 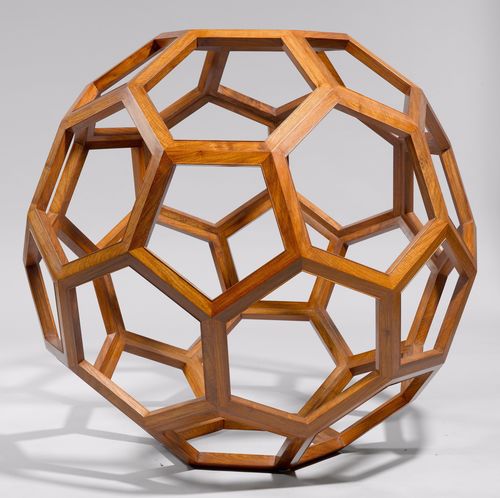 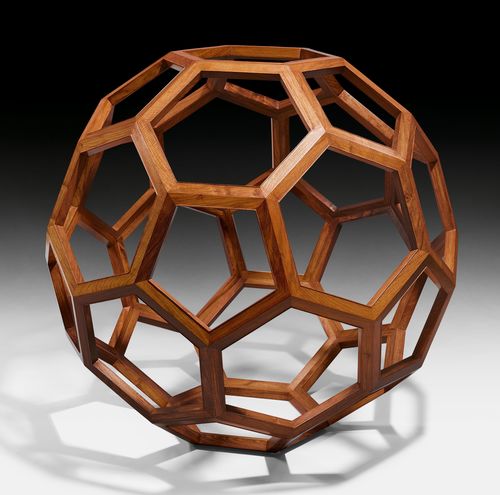 Provenance:
- Galerie Urs Meile, Bejing/Luzern.
- Acquired in 2012 form the above by the present owner, since then private collection Switzerland.

Ai Weiwei is one of the most important conceptual artists within contemporary art; and at the same time, through his political engagement he is one of the most influential, although in part also the most controversial. As hardly any other artist has achieved, he combines the art of the present with the traditions of his country and with history. This is powerfully demonstrated in the present work.

De divina proportione is a book by Luca Pacioli from 1509, with illustrations by Leonardo Da Vinci. It contains images of a geometric polyhedron, which corresponds to the form of the sculpture by Ai Weiwei. In his treatise on the “Divine Proportion”, Pacioli harks back to the ideal forms already discussed in antiquity. Of the five Platonic solids, the icosahedron is the one which possesses twenty equilateral triangles. If the 12 corners are truncated into surfaces, this becomes a truncated icosahedron, which is an Archimedean solid: the form which Ai Weiwei has chosen for his sculpture “Foster Divina”. This is a ball, composed of pentagons and hexagons, with all the edges being of the same length. They thus form a structure which precisely defines the space it encompasses.

Regular polyhedrons possess the greatest possible symmetry, which is essential to the Platonic solids. This was important in antiquity and then also in the Renaissance, because it was through such geometric forms that they sought to explain the structure of materials, amongst other things. The approach was not so mistaken in fact, since with our knowledge of molecular structure today, amazingly we discover many geometric essential forms. Thus for example the fullerene molecule (C60) has exactly the same form as the truncated icosahedron.

The present sculpture, with its precise sense of space, reveals many similarities to Ai Weiwei’s architectural projects. The extreme precision produces a simultaneous feeling of heaviness and lightness. According to a statement he made, however, Ai Weiwei first discovered the form in a toy which his cats were playing with. This design fascinated him. Typically he has combined something commonplace with something very important and traditional. Perhaps it is no coincidence that the football is also in the form of a truncated icosahedron. In 2008 Ai Weiwei collaborated with Herzog and DeMeron on the “Bird’s Nest” stadium building in Beijing and it could be that for him this association with this world famous sport fits in well with his concept of a playful interaction with tradition.

Ai Weiwei has made a small series of such spheres in various sizes: some, as with the present sculpture, have just the framework; some have the form of a ball with closed surfaces. He makes them from Huanghuali wood, a material which was used for classical Chinese furniture. He also uses a traditional technique of interlocking pieces without nails which comes from the Ming and Qing Dynasties. This reference to tradition is very important in Ai Weiwei’s work.