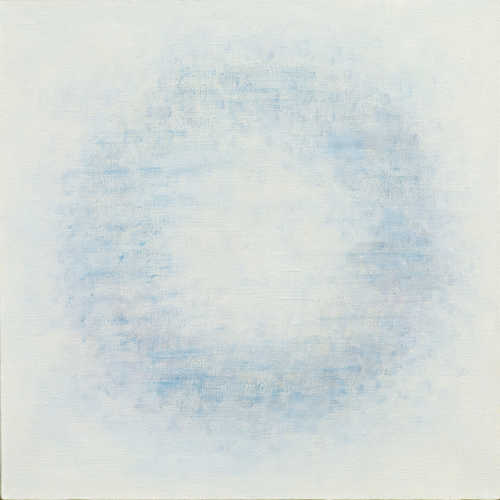 Sold for CHF 56 900 (including buyer’s premium)
All information is subject to change.

Václav Boštík is one of the most important representatives of non-figurative painting in the Czech Republic in the 2nd half of the 20th century.

He showed his abstract works for the first time in 1957 when artistic freedom in the country was officially under Communist censorship. In keeping with his modest nature, Václav Boštík regarded his artistic work as only part of his wider quest for knowledge.

In keeping with this mindset, he also worked as a laboratory assistant and photographer in a research institute and spent five years of his life participating in the construction of a monument to the Jewish victims of National Socialism on the facade of the Pinkas-Synagoge. The mid 1960s saw Boštík‘s first paintings which examined the theme of the forcefield. Characteristic of this series is the cloudy composition, in the centre of which is a kind of energy cluster. In part, the aesthetic resembles that of Paul Klee or Mark Rothko. The incorporation of light as a defining pictorial element is a reference to Boštík’s deep Christian beliefs, and his interest in theological-philosophical questions. His expression is both spiritually and universally accessible at the same time.

Václav Boštík was named Knight of the Order of the Arts and Letters by the French government in 1991. In 2004 he received the Medal of Merit from the President of the Czech Republic. His work is represented in international collections and above all is highly regarded in his country.

Sold for CHF 56 900 (including buyer’s premium)
All information is subject to change.