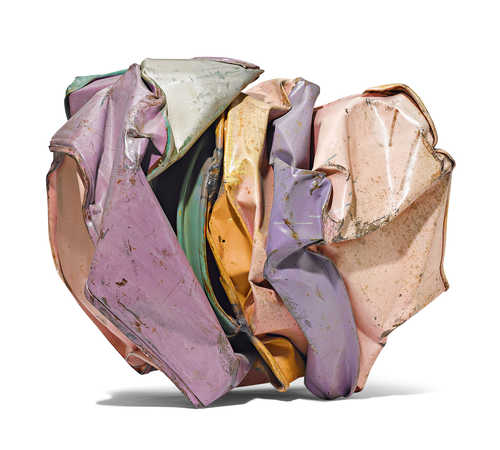 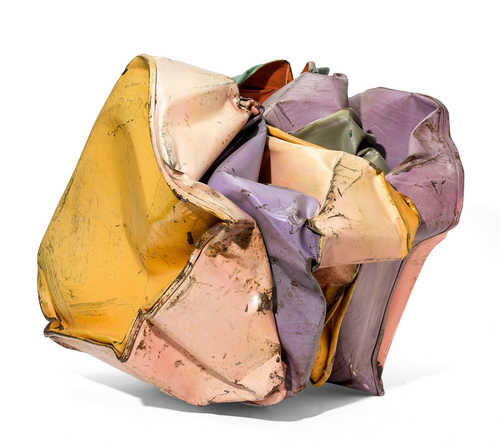 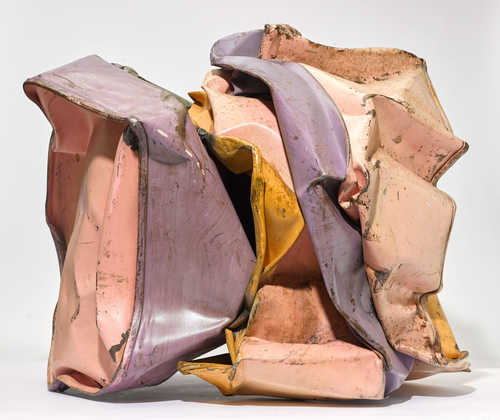 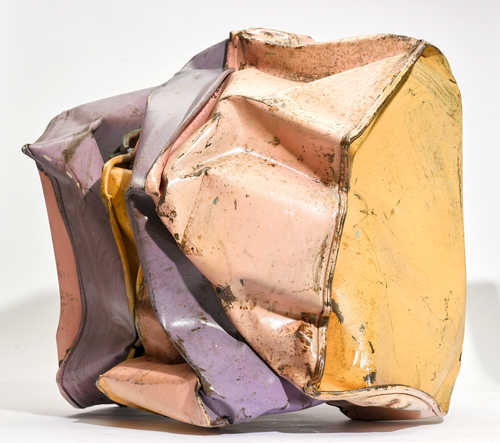 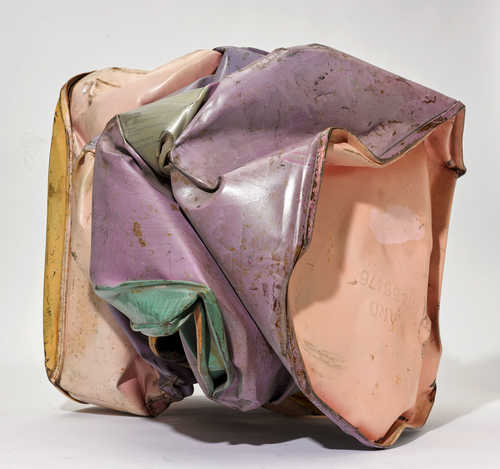 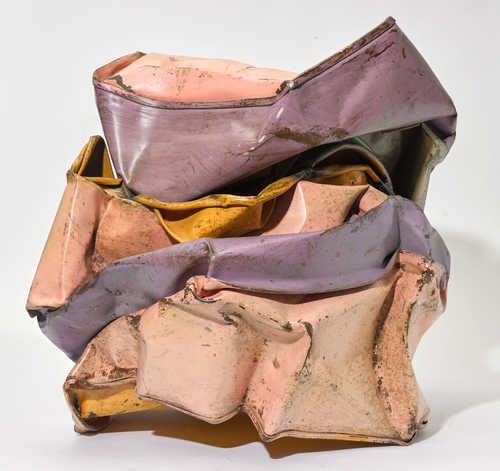 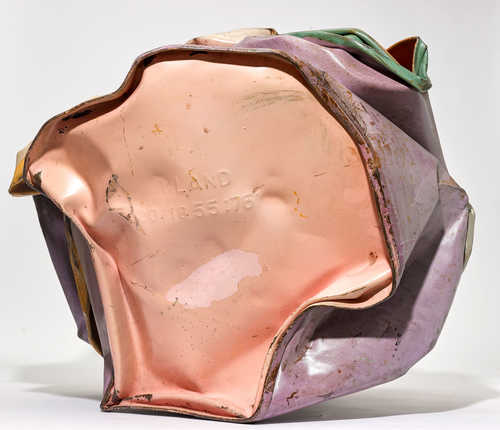 John Angus Chamberlain was born in Rochester/Indiana in 1927 and grew up in Chicago. From 1943 to 1946 he served in the US-Navy and after his return he trained as a hairdresser. He attended the Art Institute of Chicago for two years from 1950 and in 1955 he studied for a short time at the renowned Black Mountain College. In 1956 the artist moved to New York and two years later had his first exhibition at the Davida Gallery, at which a critic commented aptly that: “A strong sense of the pictorial presents itself: the sculpture becomes in its essence a painting in steel.” He got to know the Abstract Expressionists Willem de Kooning and Franz Kline, who were to strongly influence his work. He was restless and often moved house with his family, until he finally settled in Sarasota/Florida in 1980. John Chamberlain died in 2011.

In 1957 on a visit to Larry Rivers he made his first sculpture out of car parts. To begin with, he found the car parts in scrap yards, which he then processed into sculptures in his studio; from the mid 1970s he obtained the sheet metal directly from the car works. The use of car parts had several reasons: on the one hand, as a young artist he was able to obtain work materials from the scrap yard at little cost. On the other hand, he himself said “I wasn’t interested in car parts per se, I was interested in either the colour or the shape or the amount… Just the sheet material. It already had a coat of paint on it. And some of it was formed… I believe that common materials are the best material.” (quote John Chamberlain, see: www.azquotes.com).

In this quote there is an important key to understanding Chamberlain’s sculptures: he is not interested in the cars themselves. This statement is extremely important, since naturally the car in the 1950s and 60s, especially in America, was highly symbolic. For one, it was evidence of economic progress and increasing wealth; it was also a symbol of the new limitless freedom and at the same time offered a hitherto unknown privacy. The artist denied all these associations. He saw in the car parts a painted material which he could shape according to his ideas, partly with force but never with absolute control. “His work is founded on a deep lifelong enthusiasm – a passion in fact – for the ordinary (paper bags, foam rubber, scrap cars, plastic) and the extraordinary, (which is what he makes out of these things).” (quote Fielding Dawson, in: exh cat. John Chamberlain. Papier Paradiso. Zeichnungen Collagen Relief Bilder, Kunstmuseum Winterthur, 3. September – 20 November 2005, p. 99).

Therefore, a clear art-historical classification is also possible, since these are autonomous sculptures and not Assemblages or Ready-Mades composed of found materials with their history being part of the statement. Chamberlain did not care about the origin of his materials.
He was fascinated by coloured steel, which from 1962 he himself would spray before the shaping process, and he loved the process of shaping – the “violent” process through which the qualities of the material became evident, acquiring its individuality and always subject to chance: “He lets the material find its own form, does not destroy it, but brings its essence to fruition. All this can be understood from the completed sculptures.” (quote Jochen Poetter, in: Exh Cat.: John Chamberlain, Kunsthalle Baden-Baden, 11 May – 21 July 1991, p. 14)

The present work “Kiss # 18” belongs to the group of “Sockets” and “Kisses”, which were produced between 1974 and 1979. The artist uses colour-painted oil barrels – one each for the two “Sockets” and two for the “Kisses”. The harmony and sensuality of our sculpture, reinforced by the rather pastel, quiet palette, is a result of Chamberlain’s delicate and skilful handling of the material. He skilfully manages to make the warping of the two barrels resemble an act of passionate contact.

John Chamberlain is one of the Abstract Expressionists and their most important sculptor. In addition, he is seen as a precursor of Pop Art.

Sold for CHF 526 500 (including buyer’s premium)
All information is subject to change.