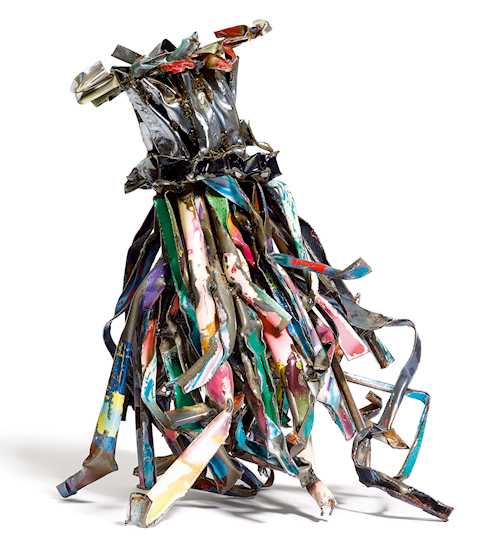 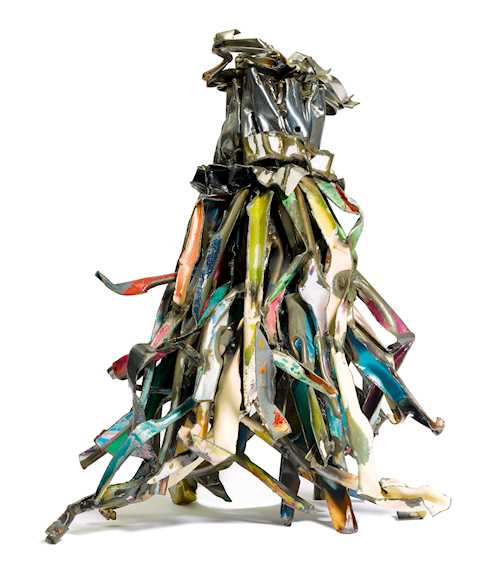 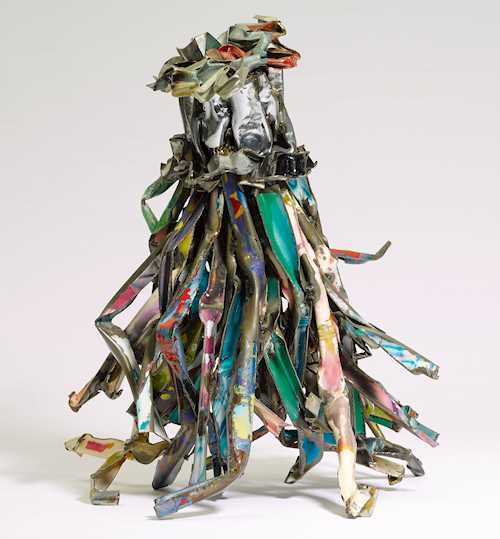 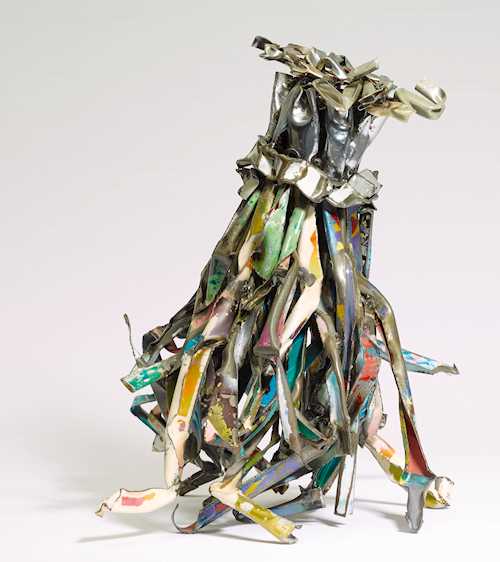 "The good thing about being an artist, is it's a legitimate way of looking at things cross-eyed." John Chamberlain

The American sculptor John Chamberlain is one of the most important precursors of Pop Art, and with his metal sculptures, rooted as they are in Nouveau Réalisme and Abstract Expressionism, he is one of the central figures of American Post War art.

Born in 1927 in Rochester, Indiana and raised in Chicago, John Chamberlain studied at the Art Institute of Chicago at the beginning of the 1950s and there made his first welded sculptures, inspired by the work of the sculptor David Smith. He then studied and taught sculpture and poetry at the legendary Black Mountain College. The creative and unconventional atmosphere there inspired him and shaped his visual language. In 1957, somewhat by chance, he discovered his signature assemblage technique. In the backyard of his friend Larry River in Southampton, NY, he found a 1929 Ford. He removed the individual parts and shaped them into a sculpture, by repeatedly driving over them with his truck. This was how the famous work “Shortstop” came about and his unmistakable technique of creating sculptures of incomparable poetic expression by reforming found painted car parts.

His move to New York marked a decisive turning point. In particular, the encounter with Franz Kline and Willem de Kooning exerted a great influence on him and intensified his discourse with the artistic positions of Abstract Expressionism. "Kline gave me structure. De Kooning the colour", said Chamberlain later. His solitary position within American Post-war art is based not least on his rebellious inclination towards strong colours in his works – a sculptural position that was viewed rather sceptically at that time. The proximity to painting is evident. Like the Pop Art artists some years later, Chamberlain made use of industrial mass-produced objects, which had a high emotional value within everyday American culture. By exaggerating the colours and by redesigning the available elements, he questioned people’s relationship to these cult objects, while at the same time expressing pleasure in the play of colours.


Chamberlain’s work was accompanied by an urge to break with the traditional concept of sculpture, and to blur the boundaries between form and painting. With his welding technique he translated the images of Abstract Expressionism into sculptures. Although the source materials were prefabricated, and the method of working using the scrap press only allowed a certain amount of influence on the part of the artist, his works were in no way the products of chance, but were carefully composed and intuitively designed entities, which were often only completed through the linguistic wit of their titles. Thus, Chamberlain fuelled the myth that American Post-war art had arisen from a synthesis of inspiration, muscle power and chance, but that at the same time the artist acted out of a controlled creative intuition and intention.

For example, he made use of discarded Cadillacs, engine parts, steel remnants or rubber for the often metre-high structures and, despite the intractable nature of the materials, succeeded in creating works reminiscent of living bodies, birds, trees, ships or flowers. The title of the work offered here at auction “Grass Skirt Opus” refers to Chamberlain’s parallels between nature and culture. He goes even further in his adaptation of the Abstract Expressionists’ mythology of nature than his co-combatants. When Jackson Pollock assumes this idea with the statement: “I am nature”, Chamberlain astutely postulates: “Culture is nature”, and in this he considers man-made things to be as much part of nature as birds’ nests or beaver dams. This tension between untamed nature and symmetry is correspondingly reflected in his works. In his late work the compactness of the early sculptures is often broken up to create an airy, playful arrangement of coloured steel and chrome elements. The work offered here, “Grass Skirt Opus”, shows his virtuosity through the transformation of industrial metal bodywork into light floating objects. At the same time, Chamberlain does not wish to explain his art. “Everyone wants to know what it means”, he said. "Even if I knew, I would only know what I think it means".