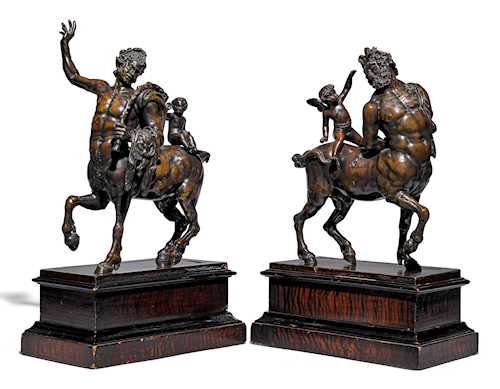 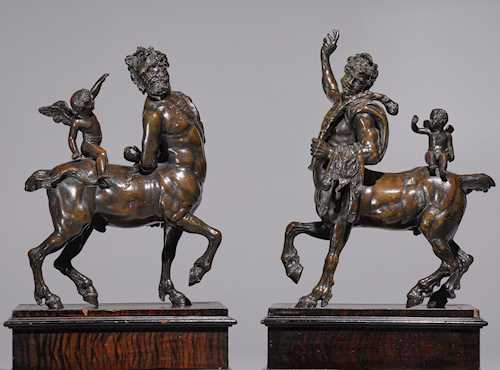 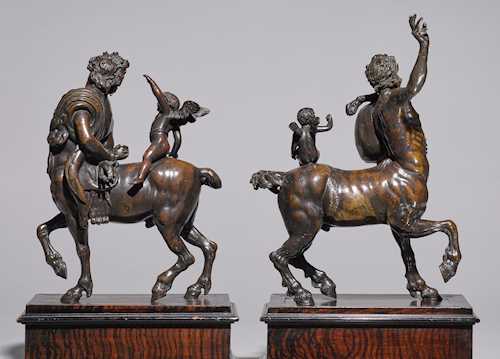 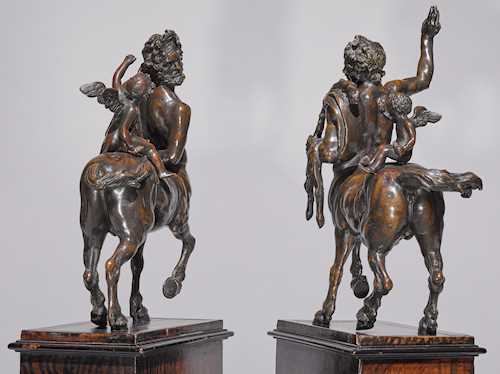 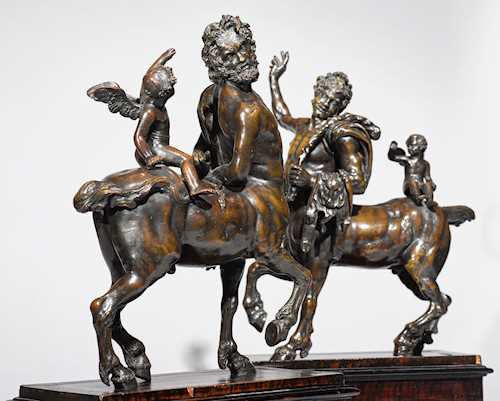 Italy, probably Rome, 19th century. After the Hellenistic model, an allegory of Youth and Old Age.
Brown patinated bronze. Both centaurs feature a figure of Cupid riding on their backs, Mounted on a grained, painted, stepped wooden base.
H without base 34 cm and 30 cm.
During the excavation of the Hadrian Villa in Rome in 1736, Giuseppe Alessandro Furietti is said to have discovered ancient marble centaurs. He brought them to his palace to sell them in 1765, after years of negotiations, to Pope Clement XIII, who exhibited them in the Capitoline Museum.
This centaur motif enjoyed great popularity and has been produced in various sizes and materials since the mid-18th century.