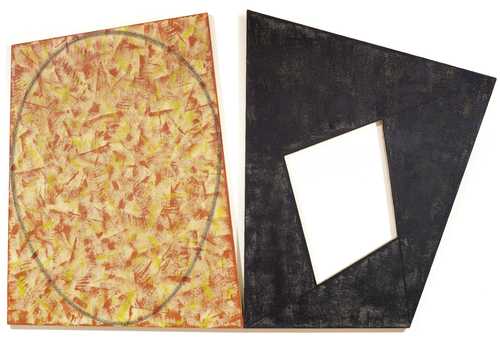 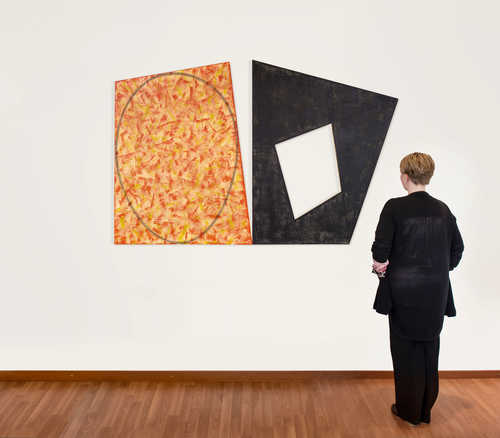 (North Tonawanda 1937–lives and works in Washingtonville)
Red with Green Ellipse / Black frame. 1988/89.
Acrylic and pencil on canvas (diptych).
Signed, titled, dated and described on the reverse: R. Mangold Red with Green Ellipse / Black frame, 1988-89, Panel 1/2 of 2.
140 x 210 cm.
Provenance:
- Annemarie Verna Galerie, Zurich (verso with the label).
- Purchased from the above, privately owned Switzerland
- By descent to the present owner, since then private collection Switzerland.