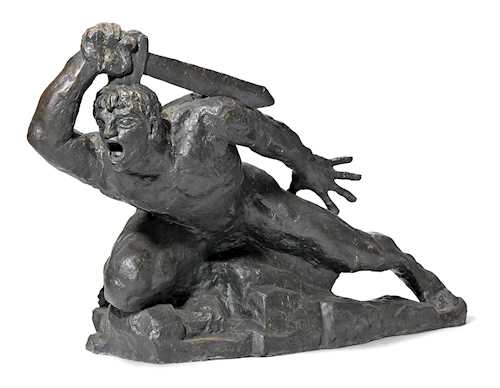 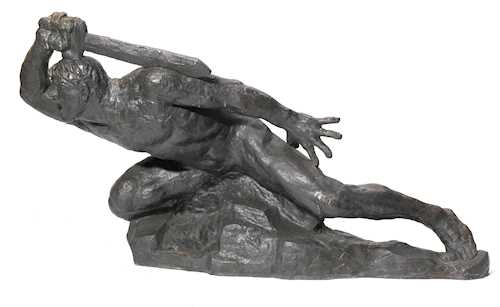 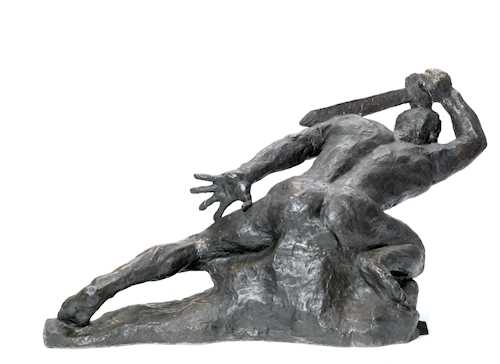 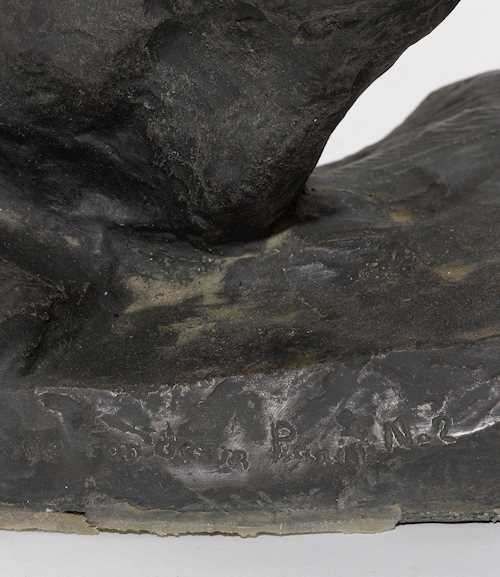 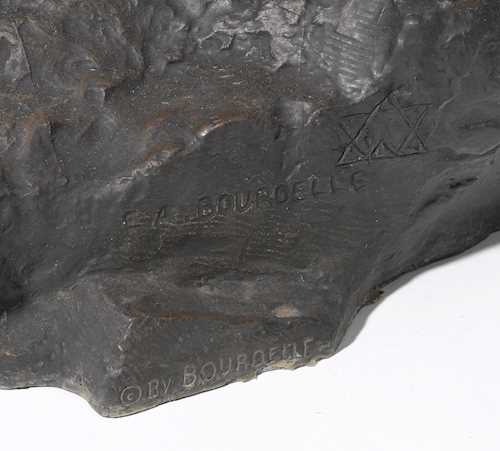 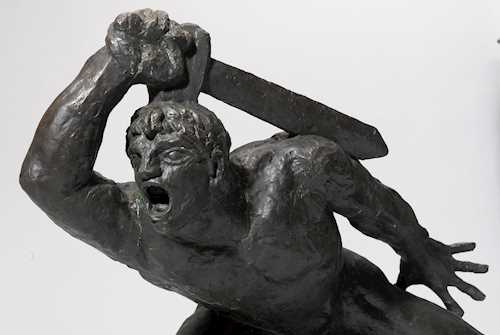 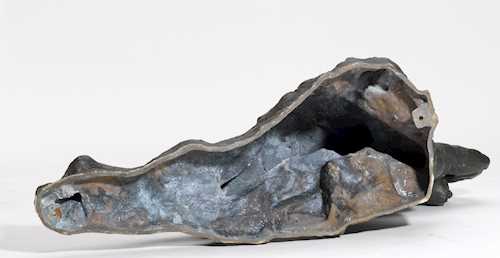 Antoine Bourdelle was a pioneer of twentieth-century monumental sculpture and a well-known teacher of important artists such as Alberto Giacometti and Henri Matisse.

At the age of 32, Bourdelle gained the admiration of Auguste Rodin, whose studio he visited in 1893. Rodin quickly hired Bourdelle as his assistant responsible for rendering the clay models into finished marble sculptures. In the process, Bourdelle developed a comprehensive understanding of the methods and philosophy of his master.

The expressive sculpture "Le Guerrier au glaive", created during Bourdelle's time in Rodin's studio, exemplifies the artist's striking use of heroic forms. In the present work, Bourdelle emphasises the dynamics of the human body and shows a climax of human emotions. As Charles Morice expressed, Bourdelle's works achieve a “realism that borders on idealism [. . .] Bourdelle’s art marks the transition from the long period of enslavement by reality, which we have experienced, to the new, necessary phase in which the artist will review in his heart all the secrets of nature and reflect them in a creation more faithful to general truth and at the same time revealing his own persona, intimate truth” (quoted in Ionel Jianou & Michel Dufet, Bourdelle, Paris, 1978, pp. 281–29).