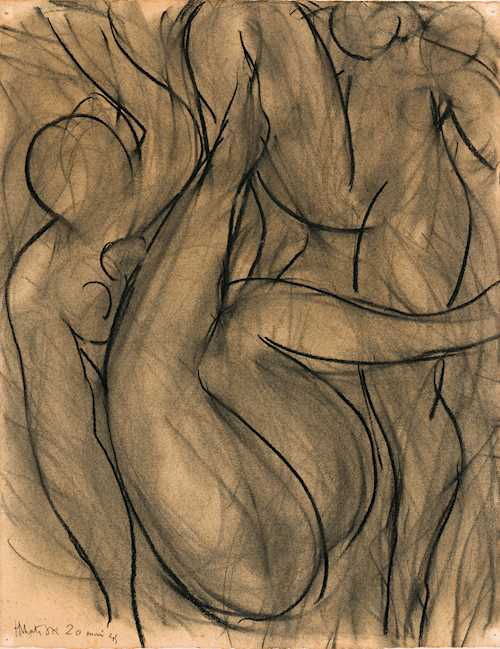 Sold for CHF 232 100 (including buyer’s premium)
All information is subject to change.

(Le Cateau-Cambrésis 1869–1954 Nizza)
Nymphes. 20 May 1945.
Charcoal on paper.
Signed and dated lower left: HMatisse 20 Mai 45.
48 x 37.4 cm.
The authenticity of the work has been confirmed based on a photograph by Georges Matisse, Archive Matisse. This work is registred in the Archive. On request a certificate can me made at the buyer's expense.

Sold for CHF 232 100 (including buyer’s premium)
All information is subject to change.