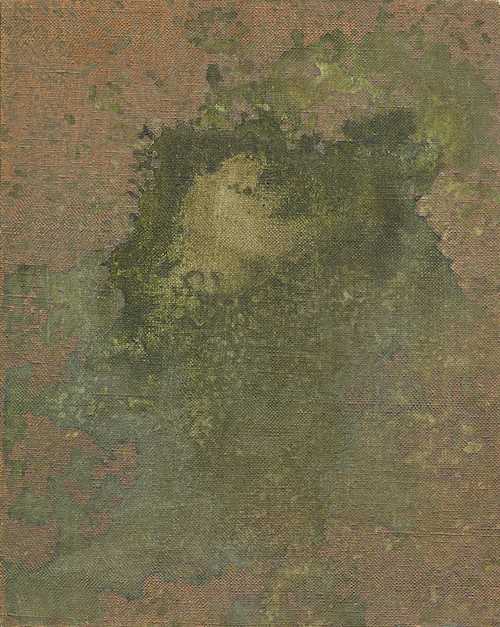 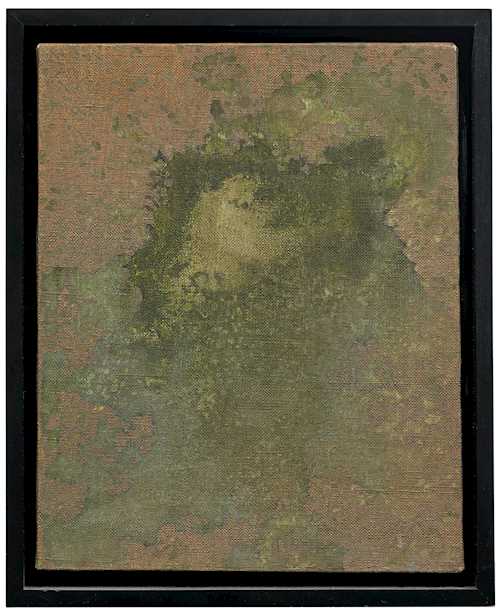 “And then these nice older women were asking me how I’d done them, and I didn’t have the heart to tell them what they really were because their noses were right up against them.” (Andy Warhol)

The series of "Piss, Oxidation and Cum Paintings" was produced between 1977 and 1978. In the Piss Paintings a primed canvas would be urinated upon, or urine would be spilled onto it, but after various experiments, this appeared too flat. So, the canvases were prepared with copper or gold paint, which would bring about a chemical reaction with the urine. This required fast work. “Warhol typically worked fast and painted wet-into-wet: working with urine on metallic paint, he was to produce a wide range of stains, intricate shifts of color (especially tints and shades of pale, brilliant, and dark green, as well as black and pure white) and surfaces of shimmering optical complexity.” (Printz, Neil: The Andy Warhol Catalogue Raisonné. Paintings 1976-1978. 5B, New York 2018, p. 108). The present work is one of a series of 12 small format paintings which had been executed together as a large painting. The small format canvases had already been put on the stretchers, so that there was a natural limit for the liquids and the artist therefore had more control. Putting the works together in this way, which was something he practised now and then, enabled him to work more quickly and more comprehensively due to the larger surface.