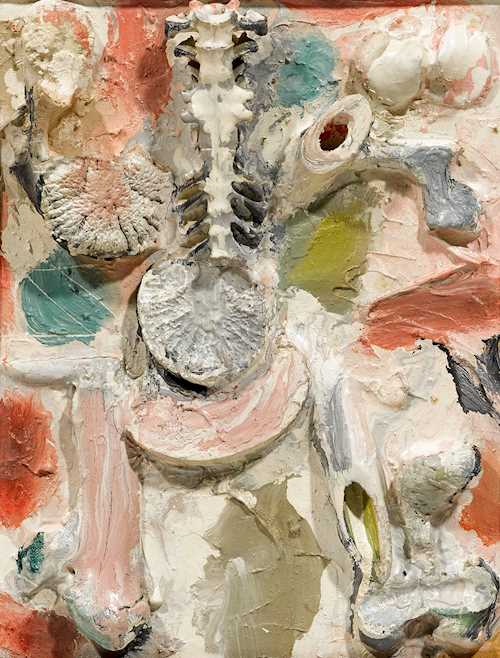 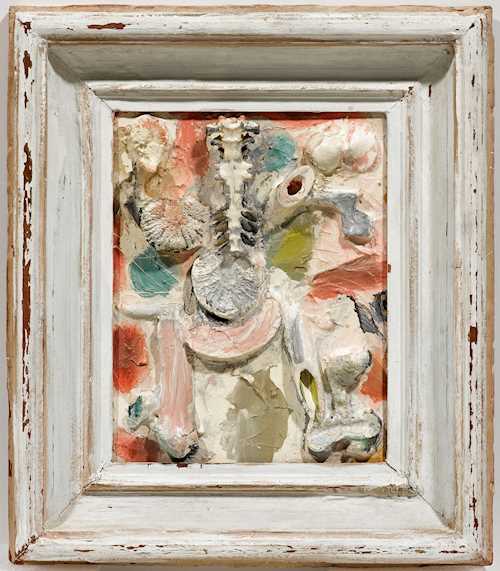 Provenance:
- Galerie Gmurzynska, Zug.
- Private property Switzerland, aquired from the above gallery in 2008.

"If there is truth in art, it is the artist's own truth. If beauty is involved, it is only the metaphor of imagination." (David Smith)

Although Smith is famous for his imposing sculptural oeuvre, sculptures, paintings and drawings all complement and enrich each other to great effect within his overall work.

The present work is an outstanding example of how he incorporates the experiences of his sculptural work into his painted oeuvre. “He had discovered that negative images of the sculptures had been left on the surface of the floor, which had become scorched during the welding. He adapted this process for his painting, by laying objects on the paper or the canvas and spraying them with colour. The pictures which were created in this way are both pictorial and sculptural in one: they represent an intermediate medium between the two genres.” (quote. Maria Becker, in: Neue Zürcher Zeitung, 21 July 2016)