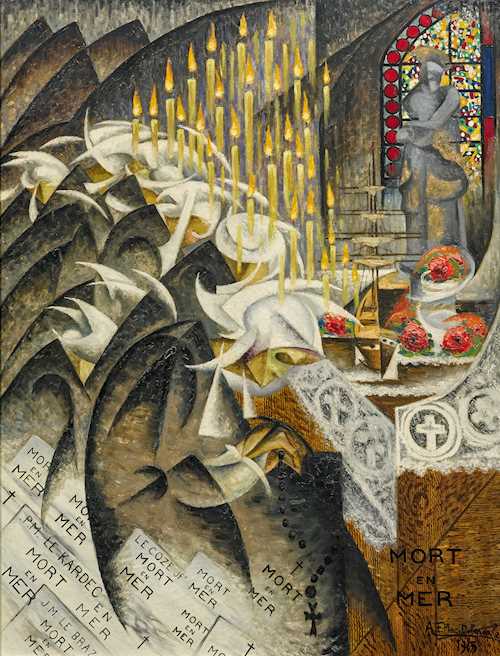 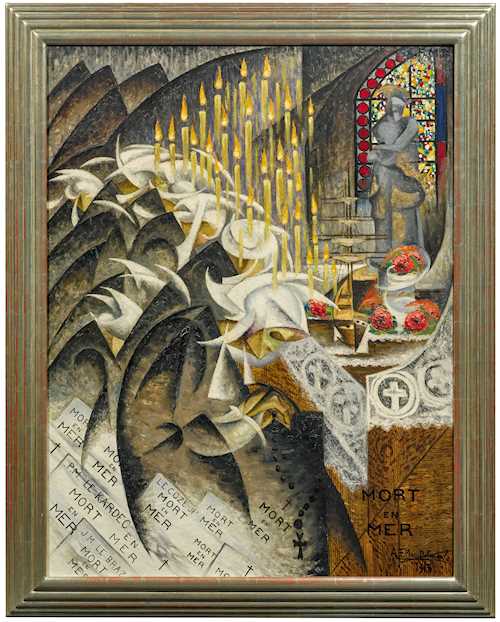 For a short period of two to three years, Félix del Marle belonged to the Futurist group, making him the only Frenchman to join the ranks of the Italian Futurists as a full member. Del Marle was particularly influenced by his time in Paris, not only by the Cubists, but also through his contact with Gino Severini, with whom he shared a studio where he became familiar with the ideals of Futurism.

The present work was produced in 1913, Del Marle’s first year in Paris. In “Bretonnes” the artist creates a dynamic abstraction of a church interior. The scene shows a group of Breton women praying for their lost sons and husbands. A sense of power and movement is created by breaking the materiality of solid forms through fractured, multiplied planes, as well as the use of diagonal lines and the introduction of prism-like distortions. This large-scale work, which completely follows the principles of Futurism, thus presents a wonderful example of the period and the talent of its creator.