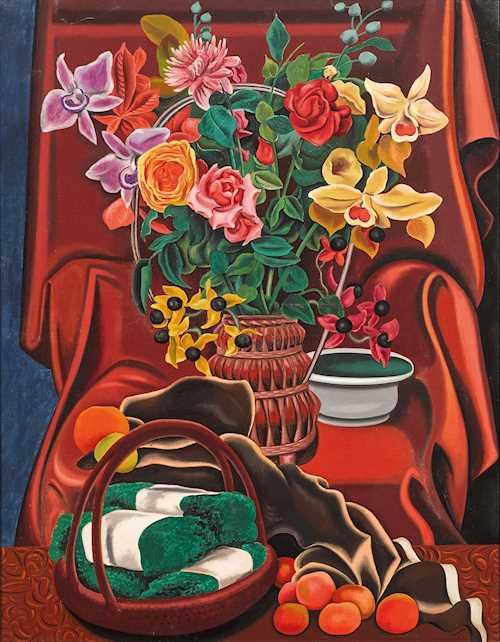 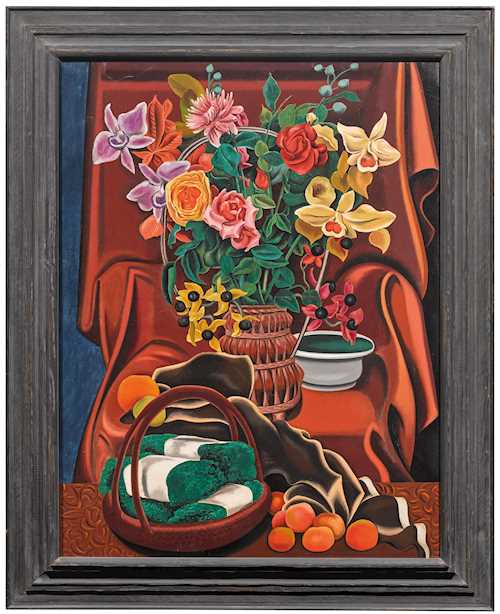 At the end of the 1910s, Léonce Rosenberg became aware of the talented artist Auguste Herbin, including him in the group of artists of his Galerie de L'Effort Moderne, where he exhibited the artist’s work several times. Herbin's abstract, geometric and colourful wood reliefs received little positive response from the critics. On the advice of his gallerist, Herbin returned for a short period to representational painting, to which he had committed his practice in his earlier years. Between 1922 and 1927, Herbin painted landscapes, portraits and still lifes. In keeping with the contemporary movement in Germany, Herbin’s paintings from this period, and thus also the “Roses" offered here, count among his New Objectivity works, reflecting the movement both thematically and stylistically.