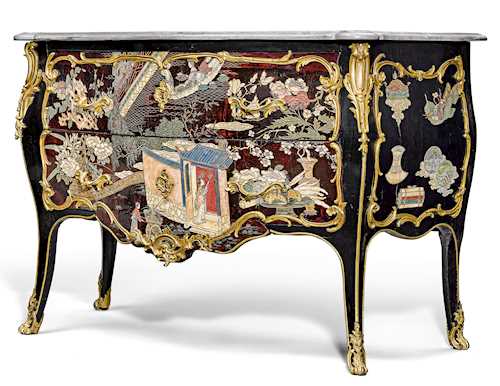 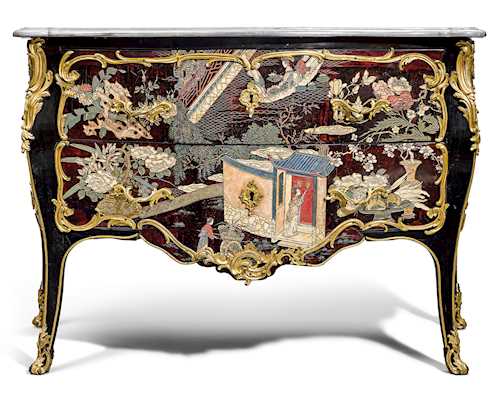 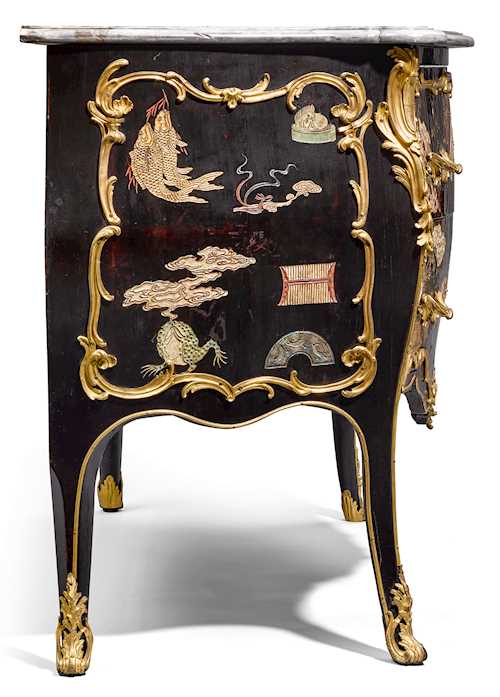 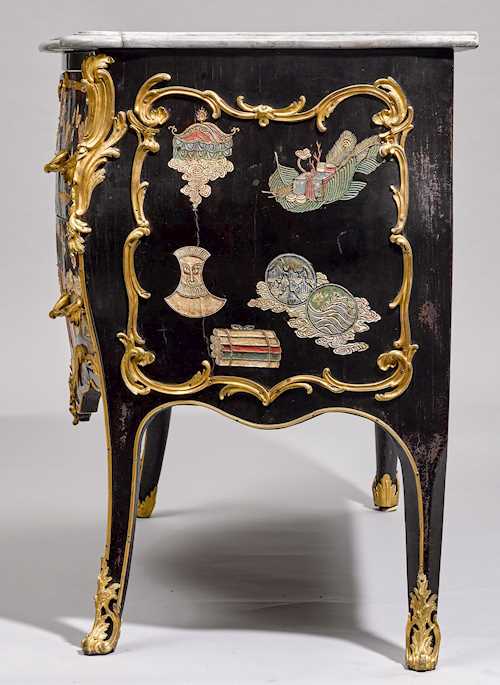 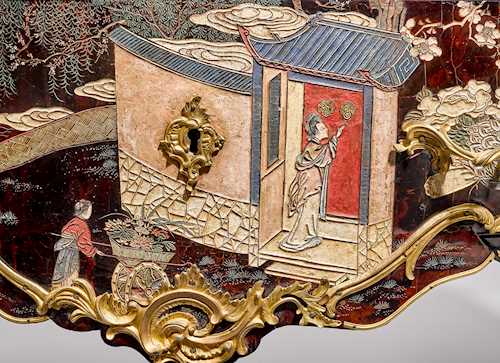 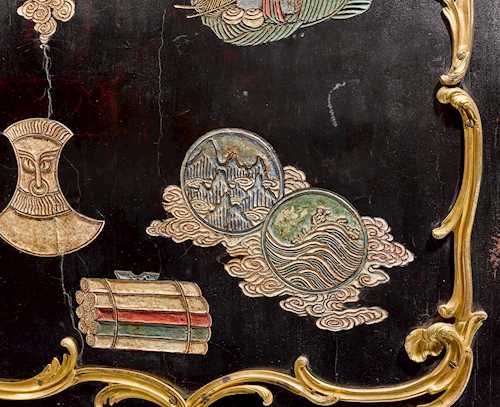 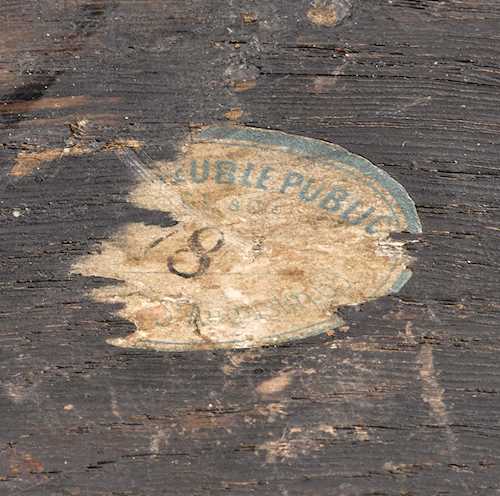 Louis XV, Paris ca. 1740/50 with later modification.
Wooden core, lacquered black in French lacquer in the "gout chinois", the fronts of the drawers and the sides with curved bronze frames. The front with depictions of a garden landscape and a boat on a lake. The sides feature various symbols and objects. Gilt bronze mounts and fillets, in part later, and sabots. Light grey marble top, later.
130 x 65 x 87 cm.
Minor cracks. Restorations, the skirt later removed from the frame and attached to the drawer.

The chest of drawers on offer was presented at the Museum of East Asian Art in Cologne in the exhibition "Leuchtend wie Kristall" (Shining like Crystal) (16 March to 20 May 2002). The lacquer panels on the front of the commode were described as parts of a Chinese Coromandel lacquer screen. Our investigations of the chest of drawers, and in particular the modifications to the skirt, suggest that this chest of drawers was not originally intended for this type of decoration and that the lacquer work is more likely to be French in the "gout chinois". However, it is difficult to precisely date this lacquer decoration, which was added to the chest of drawers later.