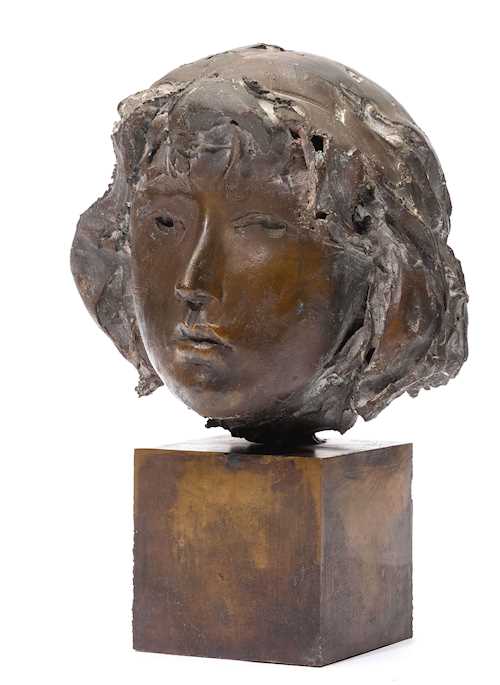 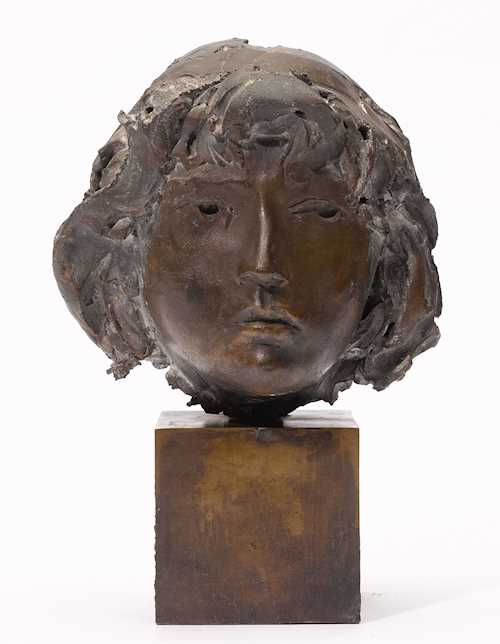 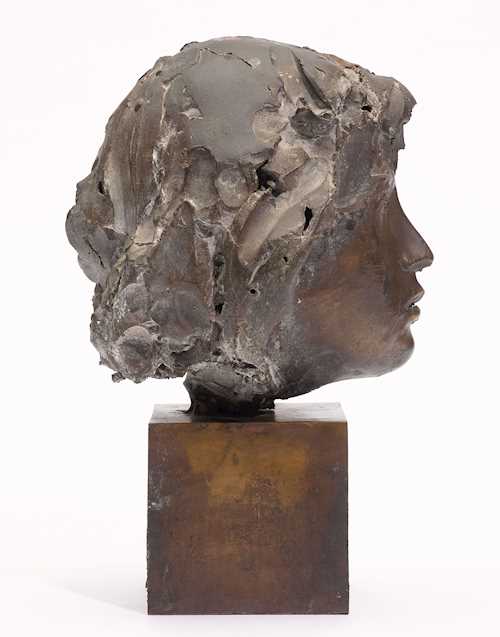 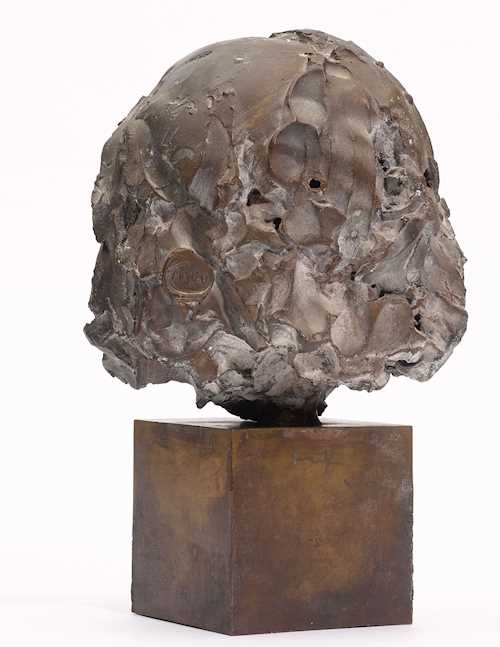 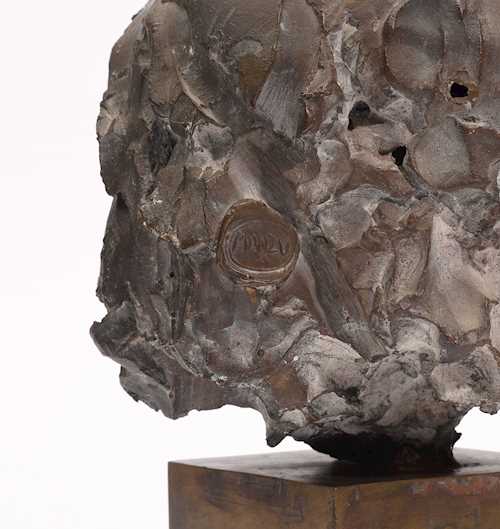 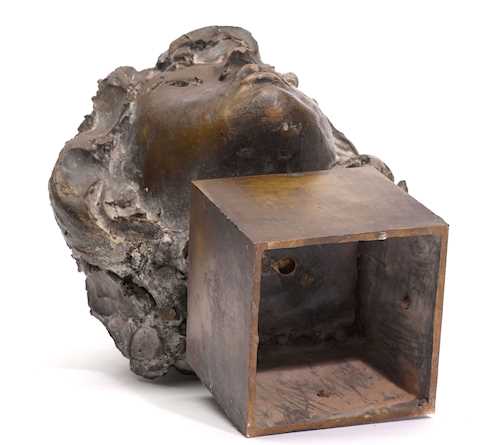 (Bergamo 1908–1991 Rome)
Testa di Ragazza. 1983.
Bronze. 2/4.
With the signature stamp on the backside: MANZU.
Height 32 cm (incl. base).
With the confirmation of authenticity from the Fondazione Giacomo Manzù, Aprilia, May 2020. This work is registered there under the archive number: 41/2020. We thank Ms. Giulia Manzù for her kind advice.

Provenance:
- Galerie Welz, Salzburg.
- Purchased from the above by the present owner in 1990, since then private collection Switzerland.

In the mid-20th century, Giacomo Manzù was one of the most influential sculptors in Italy. He came to prominence and achieved fame by reviving the production of bronze doors for churches. Born Giacomo Manzoni in 1908, he had to leave school at a young age in order to learn a regular trade. Manzù began to work for the first time with wood, metal and stone, which later gave him a solid foundation for his sculptural work. In 1928 the young artist moved to Paris, with neither savings nor a work permit, in order to pursue his dream of earning his living as a sculptor. The attempt failed, however, after a very short time. With no money and almost starving, he returned to Italy in order to build a new life in his homeland. A commission to decorate the chapel at the Catholic university in Milan in 1929 finally marked a turning point in his fortune.

Initially the focus of Manzù’s work was on biblical themes, portraits, and nudes, in which we see the influence of Etruscan, Egyptian and Medieval art. In later years he focussed more on impressionist techniques, with the artist Medardo Rosso in particular being his greatest role model and inspiration. After a short stay in Rome and a visit to St Peter’s Basilica at the Vatican some years later, Manzù was so overcome by his impressions that from then onwards the religious nature of his work gained in importance. On the strength of this, he produced a bronze figure of a cardinal, which was followed by a series of over 50 standing or seated cardinals.

In contrast to this, not infrequently his sculpture featured young delicate female figures, which form a counterpart to those works laden with Christian symbolism. Here it is worth mentioning the work entitled “Francesca”, a seated nude of a young woman, which won a prize at the Quadriennale di Roma in 1942. Six years later Manzù received a further award for Italian sculpture at the Venice Biennale. His longstanding desire to be able to live from his passion, sculpture, gradually became a reality. He received a new commission from the Vatican, where he had originally found his inspiration. It was awarded to Manzù after a competition against numerous contestants. He was commissioned by Pope John XXIII to create a series of bronze doors for St Peter’s Basilica. Numerous commissions were to follow, including work for the Salzburg cathedral, St Lawrence Church in Rotterdam and the “Mother and Child” relief at the Rockefeller Center in New York. Alongside his work as a sculptor, he also taught at the Accademia di Belle Arti di Brera in Milan.

Manzù’s works offer an insight into a remarkable career which left its mark on Italian monuments, as well as in other European countries. His works were exhibited at documenta 2 in 1959 and documenta 6 in 1977. The Manzù Museum was opened in his honour in 1969 at Ardea near Rome, in order to show a true appreciation of his life’s work. Giacomo Manzù died in 1991 in Ardea.