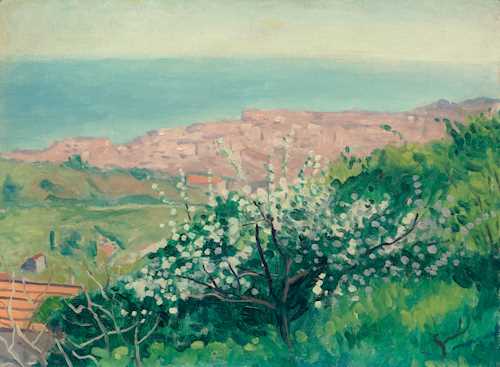 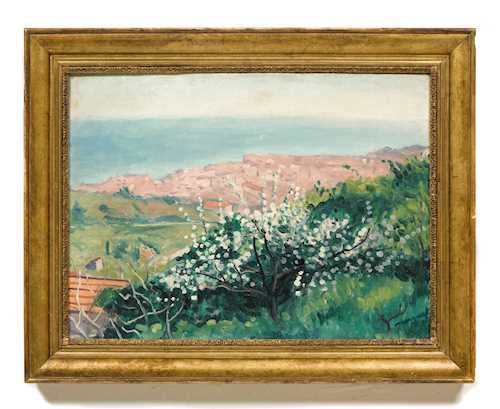 "Acanthus plants with large glossy leaves covered the slope of the path that we had to follow to reach an old stone staircase that had decayed a little and was dominated by large bright and green agaves with triumphant curves. We constructed a large flower-filled terrace from which we could see the last quarter of the city and the sea, and around us acanthus, white daisy beds, strong geraniums that climbed on the walls, arum hedges, ivy and wisteria that had to be kept in check, pink trees, whose names we do not know, fruit trees of all kinds and, as keepers of this abundance and these promises, some tall and dark cypresses” (from the French, Marcelle Marquet: Marquet. Voyages, Lausanne 1968, p. 60) .