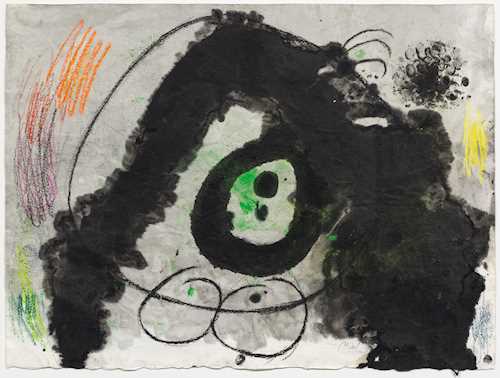 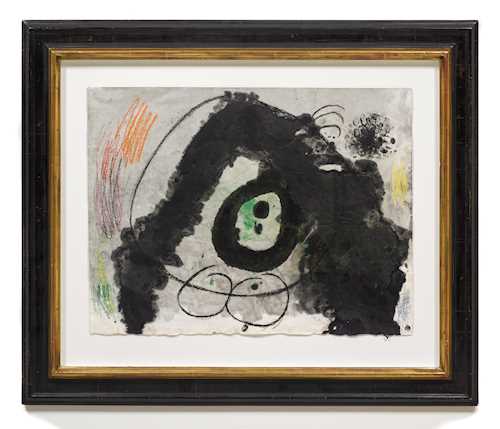 In Miró’s distinctive manner, lines and suggested areas of colour swing freely within the picture plane. Sweeping arabesques are an essential element that defines Miró’s artistic production up to the last years. In the present ink drawing "Tête I", the delicate and flowing lines give way to a gestural application of paint and open contours, which increasingly characterise Miró's painted works from the late 1960s onwards. The gestural act of painting is expressed in the broken contours of the black surface with its irregular edges reminiscent of the use of carborundum, a medium Miró employed for his etchings at that time.

In 1958 Miró acquired the Villa Son Boter, which was next to his house and served as his studio. The paintings and drawings produced there are characterised by the use of less pure colours, emphasising the non-colour black, whereby the figuratively recognisable takes an increasingly subordinate role.

The artist no longer carefully filled the black-delineated areas with other colours, but instead merely suggested them, as seen in the present work. Sometimes a destructive moment is also present, which is particularly evident in the fire-worked canvases of the early 1970s. In the present ink drawing, this aggressive, destructive force seems to impressively confront us in the black, broad arch with its sprawling contours and uneven surface structure dominating the composition.