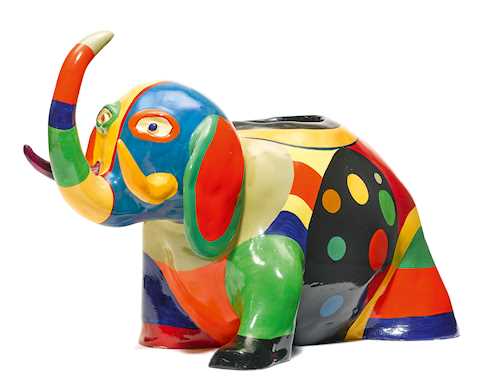 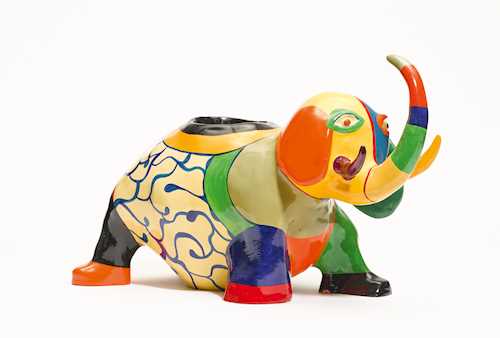 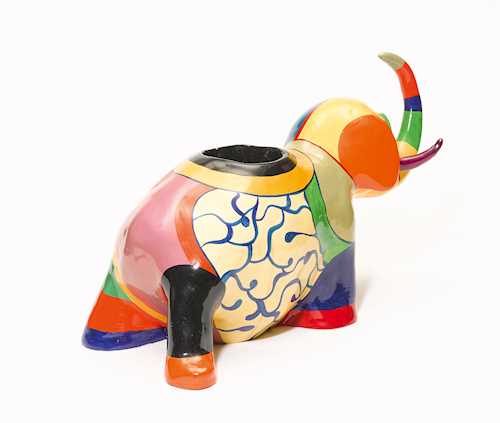 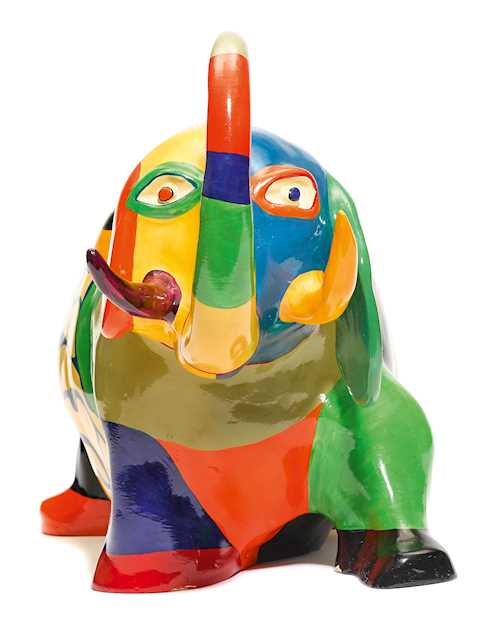 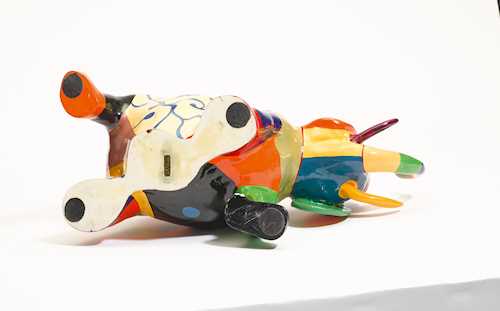 
"For me, my artistic creation was and is the great love of my life and probably my salvation." Niki de Saint Phalle

There is scarcely any other modern artist for whom art was such a psychological necessity and simultaneously a pleasure and a torment, as it was for the French-Swiss painter and sculptor Niki de Saint Phalle. She was one of the most famous exponents of Pop Art and at the same time one of the most controversial artists of the past century.

Before Niki de Saint Phalle turned to fine art, she worked successfully as a model and appeared on the covers of the most important fashion magazines such as "Vogue" and "Life" in the early 1950s. As a child she suffered serious abuse, and, after a nervous breakdown in 1953, she discovered painting as a form of therapy. She soon turned her back on the fashion world, left her husband and her two children, and devoted herself exclusively to art as a self-taught artist.

She first became known for her "shooting pictures". With her world-famous "Nana figures", which appear almost childlike and were initially ridiculed by fellow artists, she achieved her artistic breakthrough in the mid-1960s. With her slogan "all power to the Nanas", which she saw as heralding the beginnings of a matriarchy, Niki de Saint Phalle took up the ideas of the women's movement that were in the air at the time. The sensual female figures with their voluminous body shapes, which she first formed using wire and fabric, then polyester, initially caused an enormous scandal. Later, the colourful sculptures, which the artist designed as pieces of jewellery, snake chairs, vases, lamps and perfume bottles, became a symbol of female self-confidence and strength.

The Swiss painter and sculptor Jean Tinguely, whom she met in 1955 and married in 1971, initially introduced her to the tricks and pitfalls of sculpting, and helped give her first plaster sculptures the necessary support and structure. Niki de Saint Phalle invested a lot of energy and money in her lifelong dream, the "Tarot Garden", located not far from Rome, with its 22 huge colourful polyester figures, created over a 15-year period, and which was her largest and most important work of art.