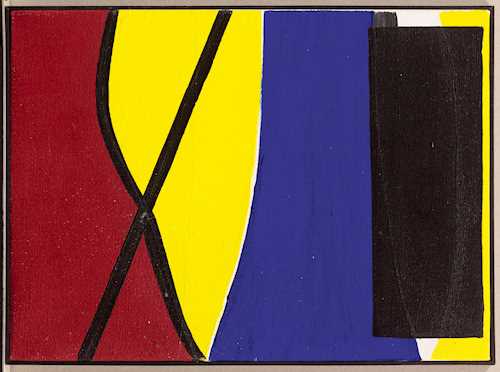 (1923 New York City 1997)
Untitled. 1979.
Oil on canvas.
Signed, dedicated, as well as with location and date on the reverse: for Nana & Novarro with love. Southhampton 1979. Roy L.
31.5 × 42.5 cm.
This work will be included in the forthcoming catalogue raisonné by the Roy Lichtenstein Foundation.