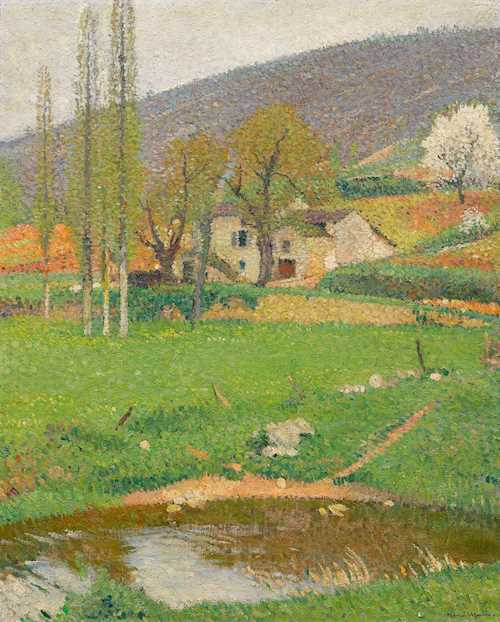 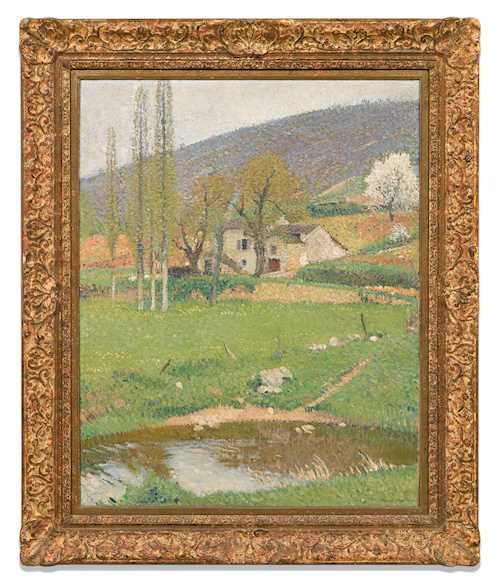 Cyrille Martin, the grandson of the artist, writes in his certificate that in the painting "... the last house west of the village of Labastide du Vert on the Route de Sallis is depicted ... The water is not a pond (which one might think at first glance), but a loop of the river Le Vert, just a few meters from the bridge, which was often painted by the artist. ..."