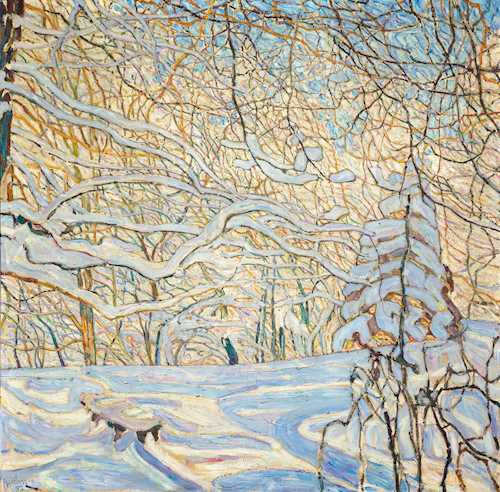 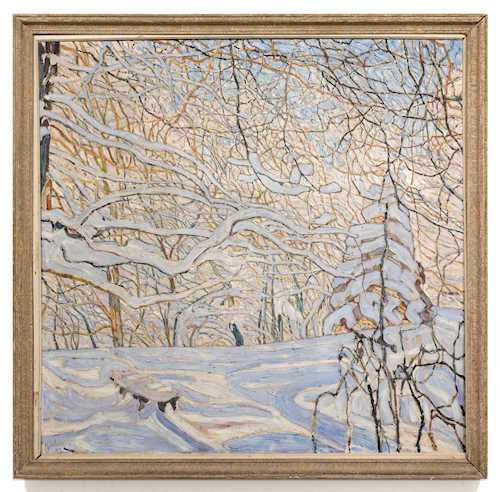 In 1912 the Ukrainian-born artist Abraham Manievich moved to the metropolis of Paris. Manievich had already had the opportunity to show his paintings in various exhibitions, such as at the Kunstverein München in Munich in 1907 and at the Kiev City Museum in 1909. Manievich’s important solo exhibition in February and March of 1913 at the Galerie Durand-Ruel in the centre of Paris, however, was his most important exhibition thus far and established his international reputation. The exhibition showed 75 paintings by the artist; a separate catalogue was printed with a list of all works and the reproduction of four paintings. One of the main lenders to the exhibition was a private collector from Geneva named Arthur Horvatt, who lent thirteen paintings from his collection. We are pleased to offer at least two of them in this auction. The Durand-Ruel exhibition received critical acclaim and was also a financial success. The Musée du Luxembourg, the most important contemporary museum in France at the time, bought the painting “à travers les braches”, which is today located in the Centre Georges Pompidou. In a review, the important art magazine International Studio described the painter as: "manifesting a rare power of expression which could not fail to make a lasting appeal to unbigoted artists and critics alike". (Ginsburg and Pensler, Manievich, p. 19)

From a Geneva private collection we offer five Manievich paintings, all of which probably were part of the 1913 exhibition in Paris. As already mentioned, two paintings (lot 3217 and 3218) were already part of the Arthur Horvatt collection before 1913 and were on loan to Durand-Ruel for exhibition. It stands to reason that the other three paintings (Lots 3215, 3216 and 3219) were acquired by Horvatt during the exhibition and subsequently came to Switzerland. Afterwards, the paintings were most likely offered for sale by Horvatt's descendants at the Galerie Moos in Geneva. The five paintings are exceptionally beautiful works by the artist that he painted between 1910 and 1913, thus at the height of his creative work.

The present, fascinating snowy landscape was probably produced in the winter of 1912–13, shortly before the exhibition in Paris. To date, it is Manievich's largest work to ever be offered at auction. The brilliant light and the shimmering colour are characteristic of his work from this period. The imposing tree is a typical compositional device employed by Manievich. The elegant, complex network of branches and shadows has been rendered onto the raw canvas in short, thick brushstrokes and is exemplary of the artist's best work.

"Both of us are serving the stars: you as an artist and me as a scientist". (Albert Einstein on Manievich).