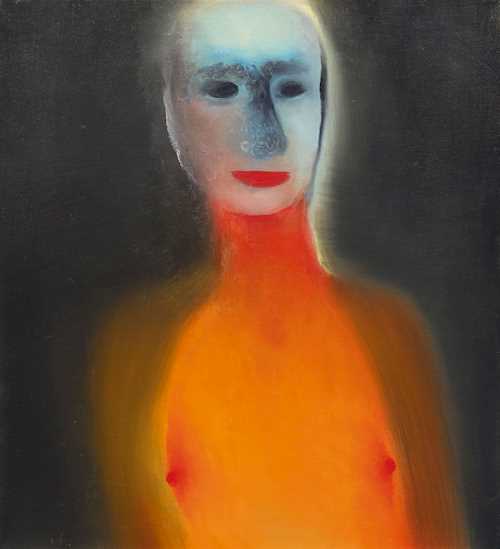 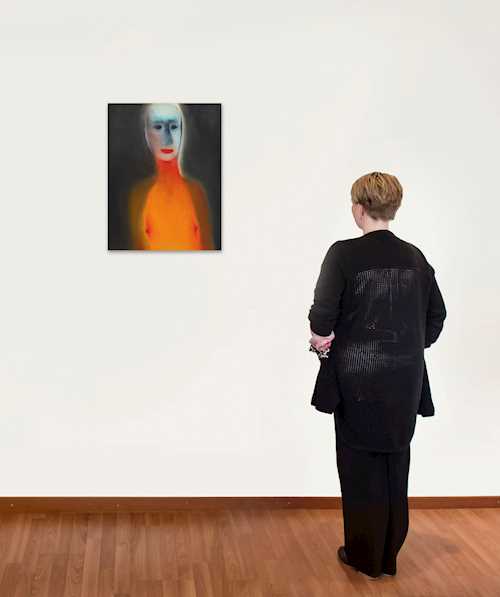 "I find it much more interesting that you don't understand immediately, but that something is being offered. In the mind of those involved, hopefully they form their own image, which encourages them to think or feel further. When that happens, it's great." Miriam Cahn

Miriam Cahn was born in Basel in 1949 after her parents, her father being Jewish, fled to Switzerland to escape the Nazi regime. Her mother, who studied at the École des Beaux-Arts in Paris and worked as an artist herself, taught her daughter to draw at an early age. Between 1968 and 1973 Miriam Cahn attended the graphic arts class at the Kunstgewerbeschule in Basel. She left home and embarked on the first of several journeys to South America. On her return, she worked as a scientific draughtswoman and gave drawing lessons. She became involved in the anti-nuclear movement and the women's movement, and in 1977 participated as a delegate at the Peace Congress in Warsaw. In 1979/80 she was fined after she painted charcoal drawings and the words "mein frausein ist mein öffentlicher teil" (my womanhood is my public part) on the concrete wall and pillars of the Nordtangente in Basel. In 1982, Miriam Cahn was invited by Rudi Fuchs to documenta 7, but cancelled at short notice after a second artist was also scheduled to exhibit in her space. In the years to come, she would continually develop new series of works, which always made reference to world politics, for, as Jana Baumann describes, Cahn took an active part in political and social discourses: "In times of renewed nationalism, reactionary conservatism, sexism, populism, xenophobia, Islamophobia and of contempt for pluralism, Cahn's artistic work has not only become vastly more explosive, but its central importance for a radically expanded understanding of the role of women in art historiography is now indisputable." (quote by Jana Baumann, in exh.cat. Munich 2019, Miriam Cahn. I as a Human Being. Haus der Kunst, 12 July — 27 October, p. 8).

Overpainting is an important part of the artistic process of her paintings, because Cahn does not correct pictures, she overpaints and makes this process visible to the viewer by using two titles, as in our case - "befragen meines rückens (bl.arb. ) / unclear". Oil painting alone makes this procedure possible, and Cahn uses it to great effect, as Burcu Dogramaci explains: "Oil paint makes it possible for compositions to be fundamentally changed, which means that what is thought and painted can be found in the layers beneath the visible. In this respect, oil painting shows us a face and a surface, but this does not necessarily have to correspond with what is underneath. Beneath a body, a face, there can be a scene or world that is still present in the memory of the artist herself — or in the X-ray image that can shine through a work and reveal its working processes. " (ibid., p. 20).

Turned to the side, a half-naked woman looks out of the picture, slightly past the viewer. While the body shines in strong yellow with red accents on the neck and nipples, the abstracted head is rendered in greyish-blue. The eyes are black holes, only the mouth glows red. Typically, the sitter here is also ageless, the facial features and hair are reduced, almost shadowy and dissolving against the dark background. Our figure is drawn into the foreground and seems to float, yet we cannot make sense of her pose. In Cahn's work, nudity always means the starkness of life - both the actual fear for one's own life, and the boundary between living and dying, birth and death.

Anyone with knowledge of Cahn's works is used to its great emotional load: explicit violence from men to women, but also vice versa, eroticism that often turns into pornography or immense rage. But viewers have also encountered works such as "befragen meines rückens. unklar" (questioning my back. unclear), which are extraordinarily restrained in their depiction of emotions, making one wonder what is going on inside the sitter. In this way, the artist creates a constant, intense engagement with her art in her audience. At the same time, however, one must be prepared for the fact that gaining knowledge also has consequences and reflects back on us. Cahn does not want passivity but demands courage from the viewer to deal with the themes to the end, whether pleasant