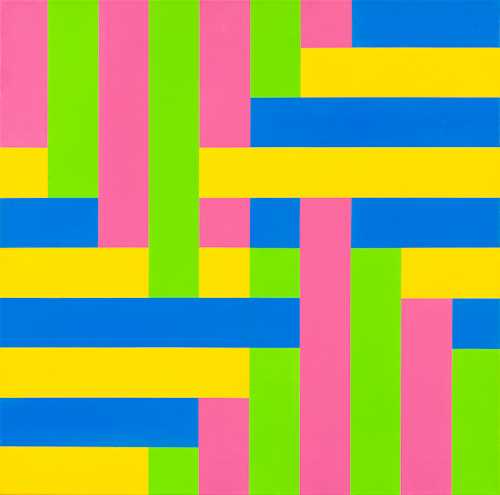 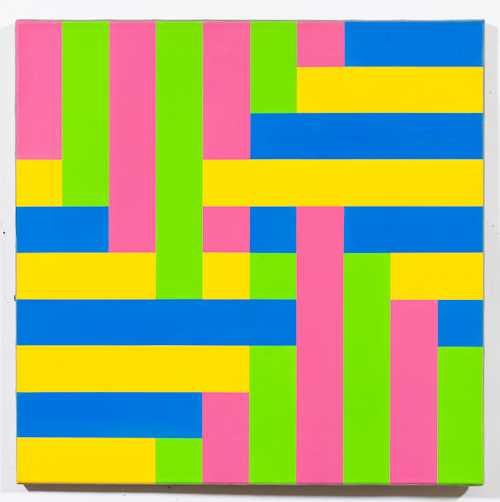 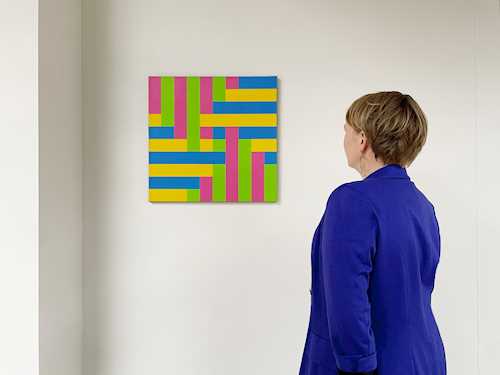 Together with Bill and Honegger, Richard Paul Lohse was one of the leading figures within Concrete Art. His publications such as "Neue Ausstellungsgestaltung" (New Design in Exhibitions) and formative concepts such as principles of variability, continuity of structures, identity of form and colour and dialectical image formulation, still attract a great deal of attention beyond art circles.

Free from chance and unpredictability, his oeuvre is organised into what are known as serial and modular orders. The former are based on continuous rows and an equally continuous sequence of colours that are set in motion when combined. These arrangements offer the artist unlimited possibilities and thus do away with pictorial limitations. The latter, on the other hand, have a fixed centre from which all further movement develops, so that there is definitely a pictorial limitation.

From 1943 onwards, Lohse worked exclusively with squares and rectangles, which created a network of coordinates with which he could work freely. In this way, he simultaneously banished nature, symbolism, and dynamics from his formal language.

The present work, the first draft of which dates from 1965, originates from the group of modular orders. In the centre are four squares in pink, blue, yellow, and green. From this centre point, two colour groups, pink-green and blue-yellow, extend across the picture surface in equal horizontal and vertical symmetry. In Lohse's work one finds neither perspective nor a sense of depth; before the viewer, therefore, is revealed an explicitly two-dimensional painting. The fact that the painting's construction follows a strict plan is made clear, among other things, by the mirroring of the colours within the colour groups, while the shape of the colour fields remains constant. Accordingly, colour and form do not compete with each other either compositionally or symbolically.

The saturated colouring underlines the central importance of tonality and quality of colour for the artist. Instead of using standard tones, he mixed and corrected the colour tones again and again until they met his requirements. Just as methodical as Lohse's pictorial composition, the viewer's eye also takes in the colour groups: enticed by the richness of the colour forms, the design principles are then laid bare, before one finally surrenders to the restoration of visual unity.