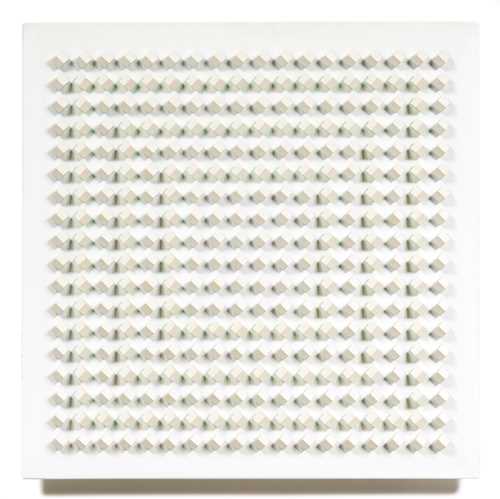 Sold for CHF 36 900 (including buyer’s premium)
All information is subject to change. 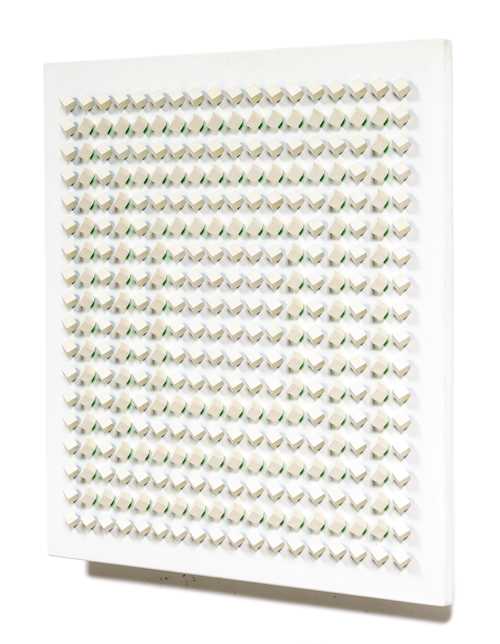 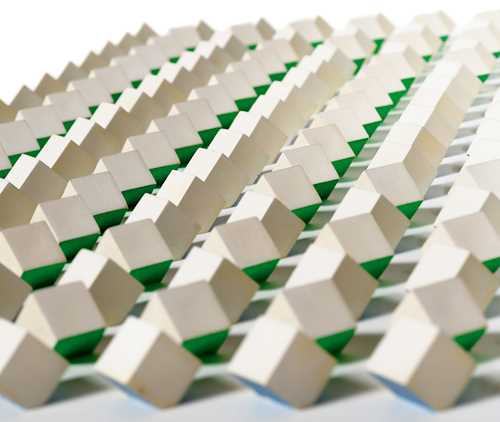 "Colors project themselves into the atmosphere, don’t they? And for me the most kinetic part is light, which touches colors and is reflected. Something faster than light, you don’t realize but it exists". Luis Tomasello

Luis Tomasello was one of the best-known figures within Op Art and Kinetic Art. The play of light and shadow, the choice of colours and the resulting generation of movement within the geometric motifs are the focus of this Argentinian artist's oeuvre. Unlike almost any other artist, he mastered the art of creating a dynamic relationship between his work, its surroundings and the viewer.

During a trip to Europe at the end of the 1940s, Tomasello discovered the work of Piet Mondrian and, duly inspired, began to experiment with geometric abstraction and to break away from the figurative painting of his early years. He took Mondrian's ideas further by gradually making grids, as well as serial repetitions, light and movement, into the leitmotifs of his art.

In his paintings, entitled "Atmosphère chromoplastique", which brought Tomasello international fame, the artist also integrated reflection, light and the casting of shadows. His reliefs consist of three-dimensional surfaces, cubes, squares, cylinders and sometimes rhombohedrons, arranged in orthogonal regular patterns and painted uniformly white. The elements protrude only slightly. They are identical in each composition and are usually painted on the reverse or oblique side with blue, green, yellow, red or occasionally fluorescent paint, so that they reflect on the surface of the usually square work, suggesting movement and creating stunning effects.

As the viewer moves around the present wooden relief, interacting closely and directly with it, with each change of perspective they discover not only the bright green and blue painted surfaces on the white cubes, but also a new sense of movement. In this remarkable work, produced in 1976, using simple materials and objects, Luis Tomasello created an almost palpable atmosphere and a unique interplay of light and shadow.

Sold for CHF 36 900 (including buyer’s premium)
All information is subject to change.