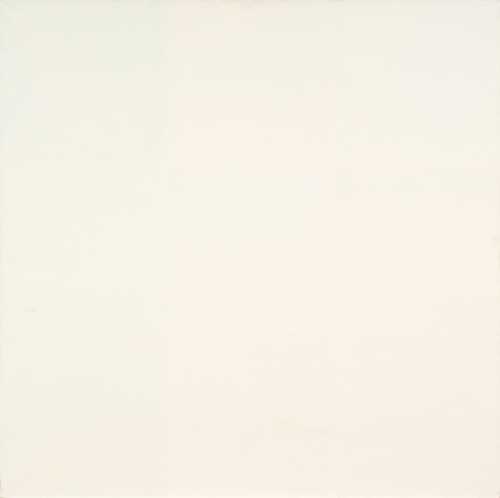 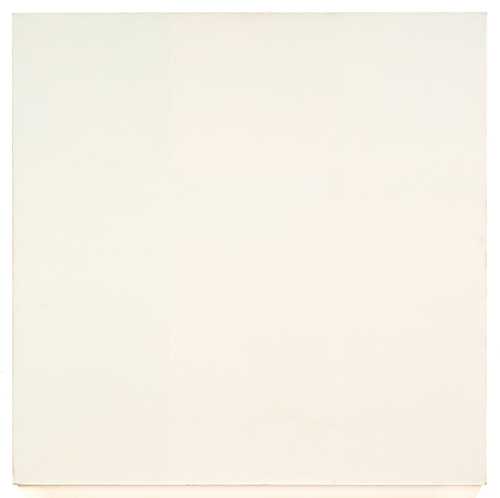 Aurélie Nemours was an exceptionally important geometric abstract artist who worked within Constructive Art and dedicated her entire life to bringing her oeuvre to fruition. She left an ambitious and rich legacy to subsequent generations, from which we have the pleasure of offering a painting from 1975.

Throughout her life, Aurélie Nemours worked on her own visual language and developed a logical pictorial system. From the beginning, her career was determined by a focus inwards, in search of the absolute. After an unusually long period of study, research, and development, from 1953 she began to define her own vocabulary. During these years, through the art critic and painter Michel Seuphor, Nemours discovered Piet Mondrian, who for her was confirmation that she had chosen the right path.

She used a limited number of forms and consciously opted for a reduction of pictorial elements: lines, dots, dashes, squares, or rectangles, which are always based on horizontals and verticals running parallel to the boundaries of the picture support.

In the course of the 1960s, Nemours worked on the "Echiquier" series, which adopted the structure of the chessboard, which for Nemours was the ideal surface structure. At first, she created squares or rectangles that were positioned playfully with strong colours. The coloured areas face each other antipodally. Her paintings have two to a maximum of four colours, with black and white often present. At this time, Nemours played with the topographical distribution of the surfaces and colours, which are determined by a dynamic multiplication of a serial arrangement. In 1965, in her quest for greater simplicity, she adopted the square, which became her preferred form.

The present painting from 1975 inhabits a seemingly subtle simplicity which the artist attained in her mature work. Nine squares of differing whiteness cover the given square shape of the canvas. With an extremely sensitive precision, the white pigments of the respective areas differ. The white tones cover the surfaces smoothly and without any structuring. Although the boundaries of the nine surfaces are very precisely drawn, they are hardly discernible. The brushstrokes are applied with the utmost exactness, which means that no effect is sought through the material. The white picture seems to exist “by itself". This painting is a good example of Aurélie Nemours arriving at a level of simplification in the course of the 1970s, which was the result of a very long period of research, from which, paradoxically, intuition and sensitivity ultimately come to dominate.