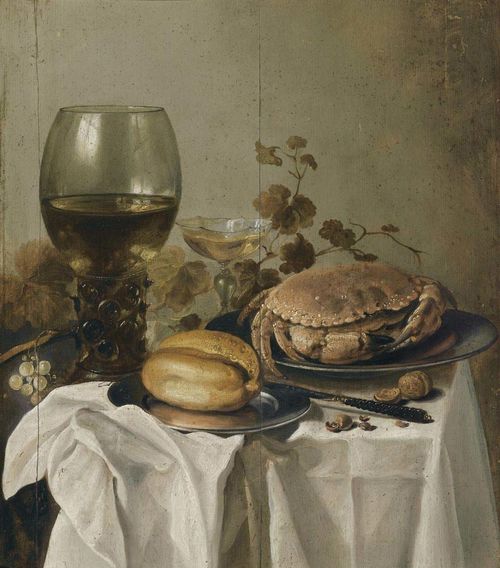 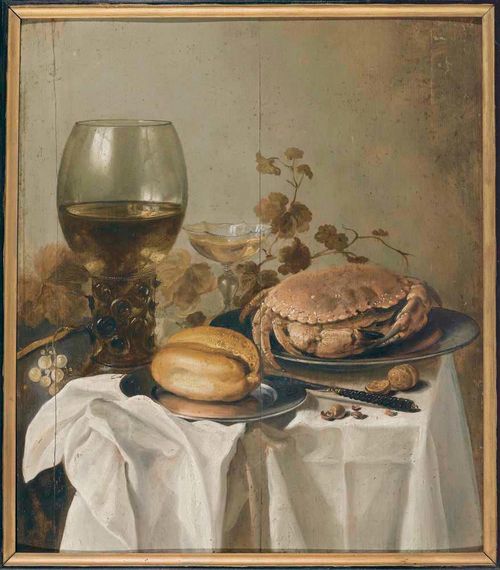 (Steinfurt 1597/98–1661 Franckesteeg)
Still life with glass, crab, bread roll, plate and knife on white table cloth. 1644.
Oil on panel.
Monogrammed and dated on the knife: 1644 PC (ligature).
68 × 58.5 cm.
Provenance:
Private collection Switzerland, since the mid 18th century, acquired by an ancestor of the current owner who had been stationed in Flanders while serving as General in the French army under Louis XV.

This painting is in almost spotless and untouched condition.

Sold for CHF 982 500 (including buyer’s premium)
All information is subject to change.