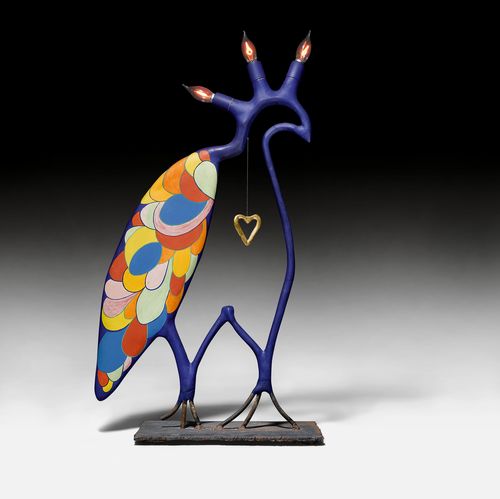 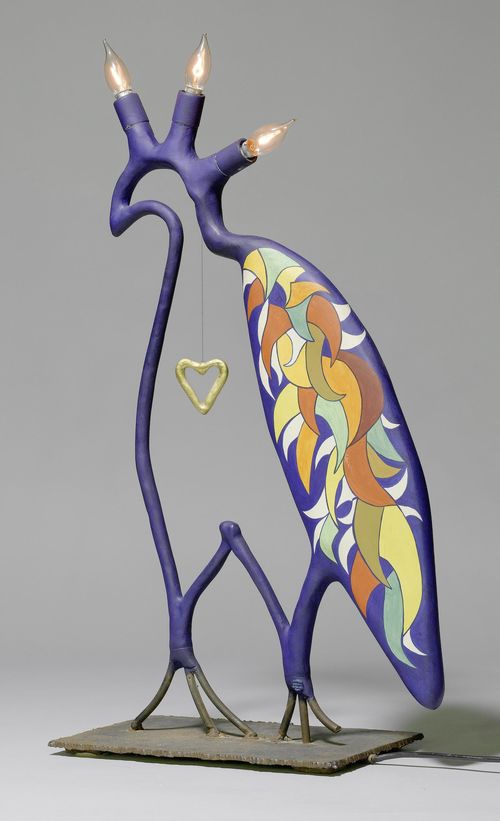 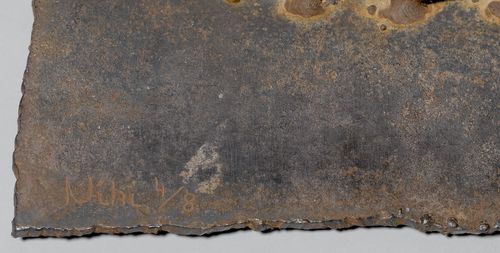 From the mid 1960s, the sculptor and painter Niki de Saint Phalle dedicated herself to the abstracted Nana female figures, with their emphatically lavish and over-sized forms, which were playful and brightly painted. With her “Nanas”, from the French colloquial word for woman, the artist examined the role of the woman in depth. As early as 1968, the Nanas were being exhibited at the Museum of Modern Art in New York.

Numerous artworks and objects emerged from the Nana figures, which can be seen in public spaces; the floating “L’Ange Protecteur” at the central railway station in Zurich, the wonderful “Giardino dei Tarocchi” in Tuscany from 1979, and the Stravinsky Fountain at the Centre Pompidou in Paris, which she constructed in 1982 in collaboration with Jean Tinguely. The Nana motif runs throughout her body of work and resulted in her being involved in crafts as well as fine art. So for example, she designed houses, jewellery and furniture, including the original and decorative standard lamps with cats, snakes or bird figures, such as the one offered here at auction.

Sold for CHF 43 700 (including buyer’s premium)
All information is subject to change.