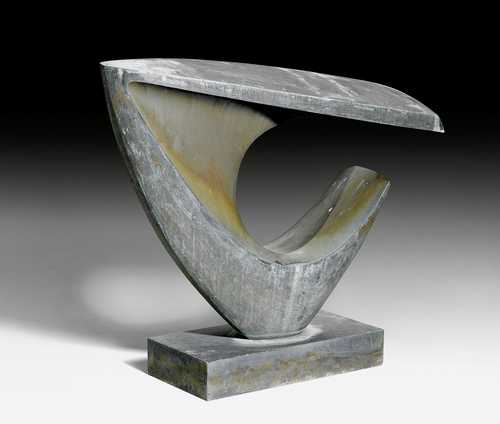 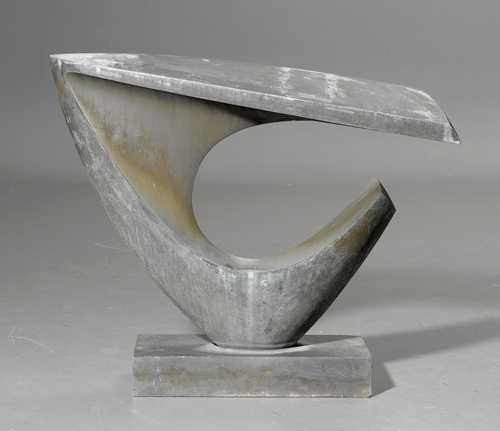 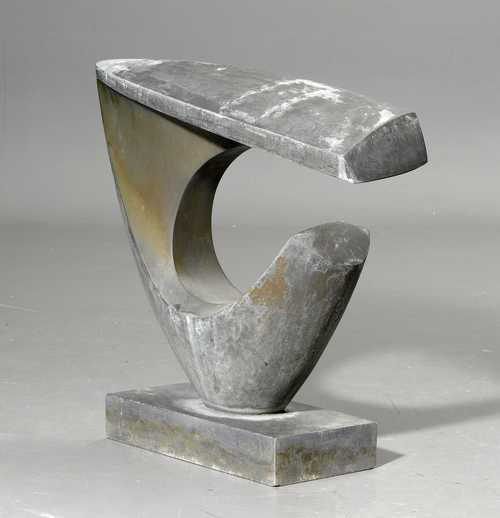 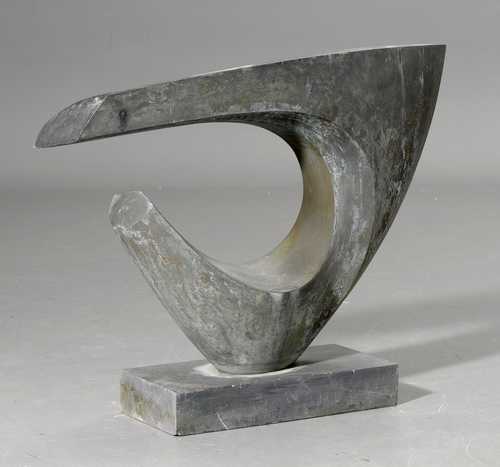 Denis Mitchell is known for his abstract bronze, wood and stone sculptures which were produced in Cornwall in the South West of England.

He was born in 1912 in the London area, and grew up in South Wales. At 18 he moved to Cornwall where he joined the St. Ives School in 1930. In this period, an artist group was founded, known as the first abstract avantgarde movement in West Cornwall, and was led by Denis Mitchell from 1955. In 1949, Mitchell met Barbara Hepworth and was to support her for 10 years as her personal assistant. In tandem with this work, Denis Mitchell created his own sculpture, which was at first strongly influenced and aided by Hepworth and her husband, the British artist Ben Nicholson. Certain parallels can be seen in the oeuvre of Barbara Hepworth with the works of her artist friends Henry Moore, Hans Arp and Constantin Brâncuși, and which equally percolate through into the work of Denis Mitchell.

As can be seen in the work offered here at auction, “Gunwalloe” (or “Gunwallow”, as noted by the artist), Mitchell’s sculptures are admirable for their intangible purity of form. During his lifetime, his works were successfully presented in over 50 solo shows and group shows. His filigree and yet capacious works are present in public and private collections and spaces.