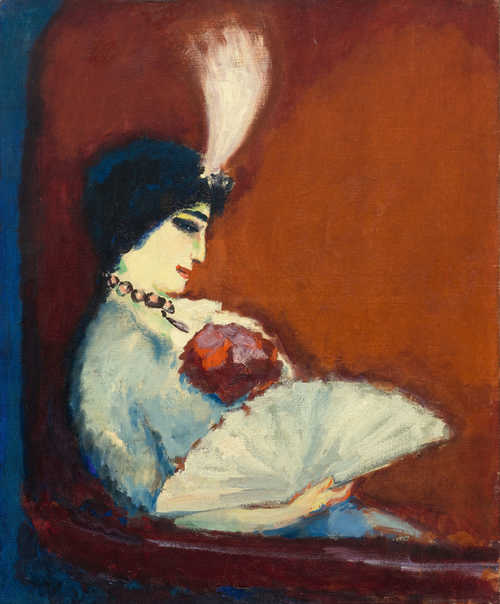 Provenance:
- Otto and Helene Welter, Waldkirch, presumably bought in the 1920s.
- Private collection, Switzerland, by descent from the above to present owners.

A woman, probably watching a play or sitting in an opera box, looks down at the stage. The sitter is shown in strict side profile with her white fan and her curved hat feather creating a harmonious composition.

For the family of the owner, this work also held a personal and very significant meaning, as the owner had been the director of the "Grand Casino" in Geneva, which remained the only theatre stage in the city after the fire of the Grand Théâtre.