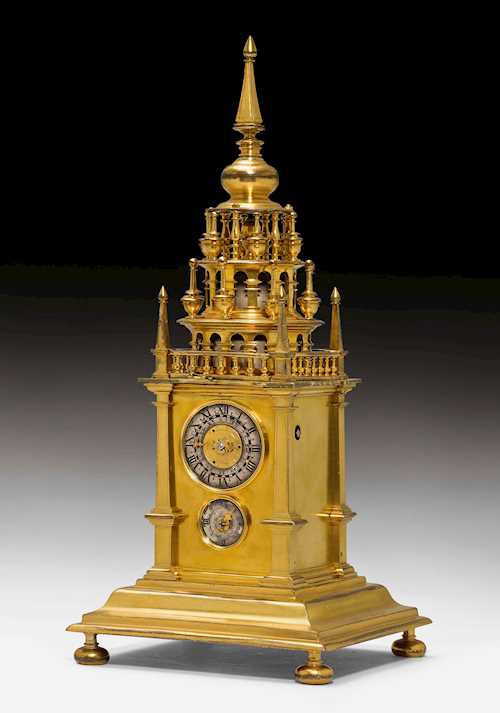 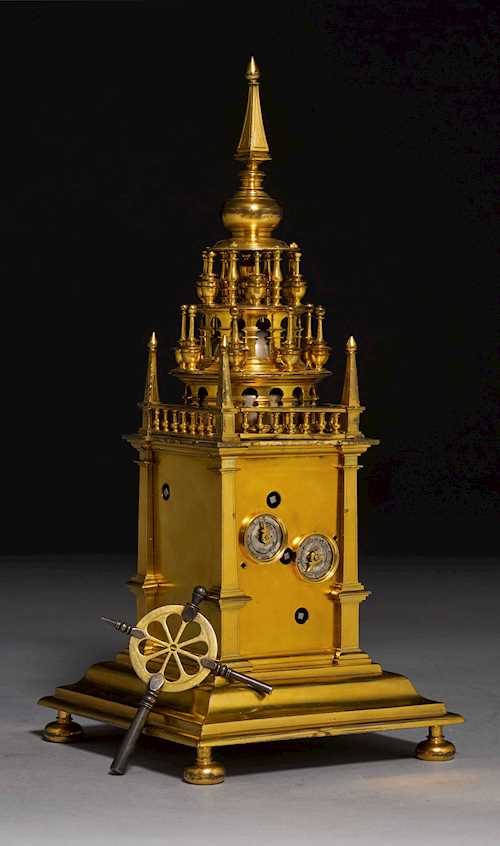 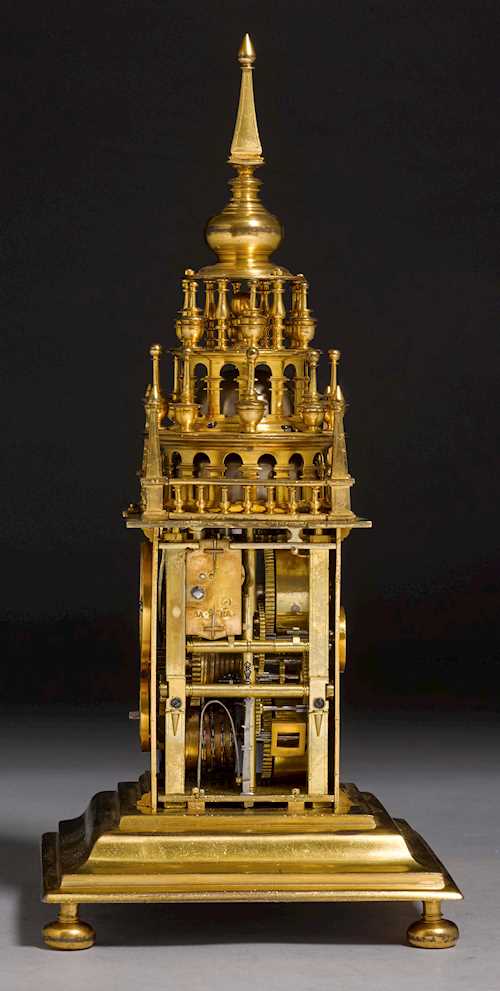 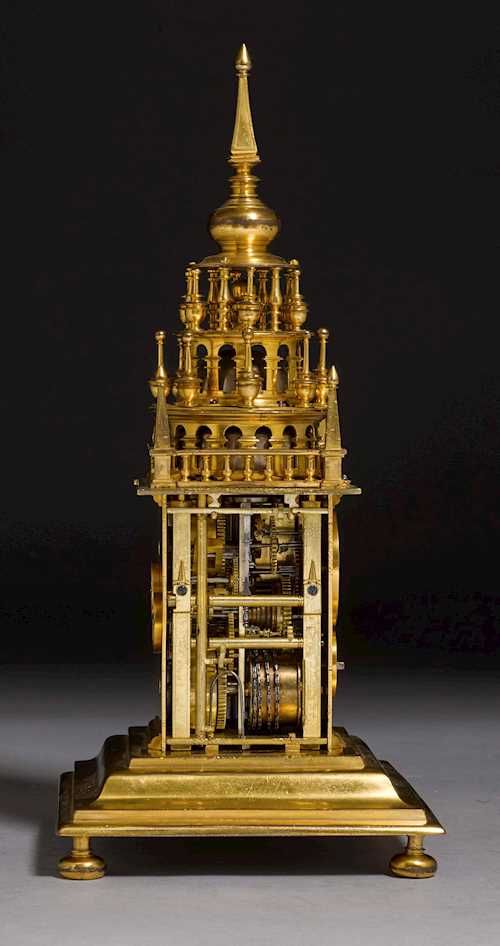 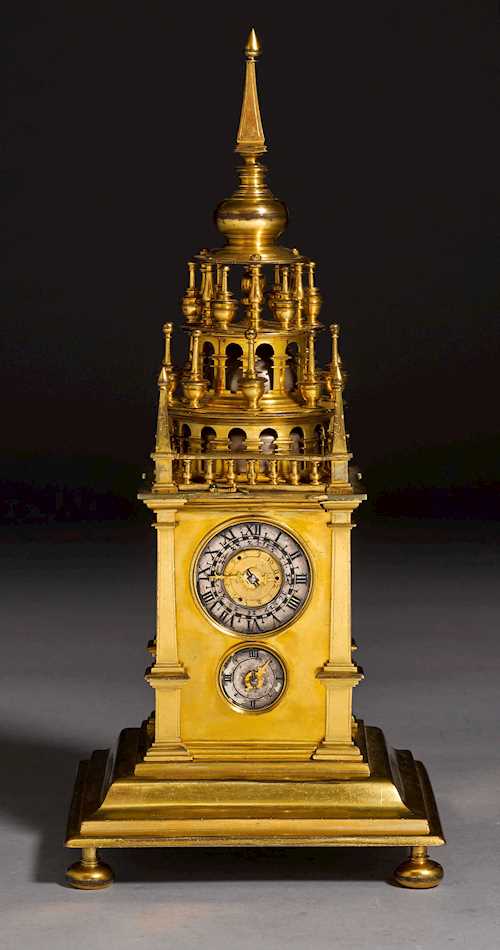 Renaissance, Augsburg ca. 1600. The movement with monogram SA HA (Samuel Haug 1580-1637) and with Augsburg mark.
Brass and copper, fire-gilt, and iron. Tower-shaped case with pierced belfry. On a square base. Front with two silver-plated dials for the hours and the quarter-hours. Alarm disc. The back with auxiliary dials for the hour and quarter-hour striking mechanism. Movement with verge escapement and balance wheel, winding with fusee and chain. Two striking mechanisms, striking the 1/4-hour on two bells. Small alarm movement, to the side. Old key, but not original. Restored, parts of the mechanism probably replaced.
14.5x14.5x33 cm.
Samuel Haug (also Hauckh) was born in Augsburg in 1580. In 1612, he became an independent master watchmaker and made numerous table clocks and figural clocks, as well as a tower-shaped astronomical clock, which probably became his masterpiece at the time. Many of his works can be found in collections and museums, such as the Figural Clock from 1630, which is on exhibit in the Victoria and Albert Museum in London.
A table clock with the same signature SA.HA. is in the Museum of Art History in Vienna. Cf. Klaus Maurice. The German wheel clock. Volume II. Munich 1967, Fig. 137 and Fig. 141 with another clock by Haug showing a belfry very similar to the one on offer here.