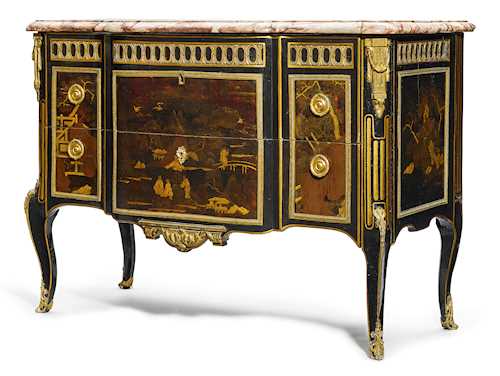 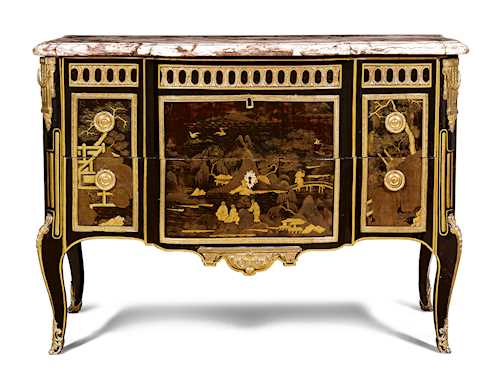 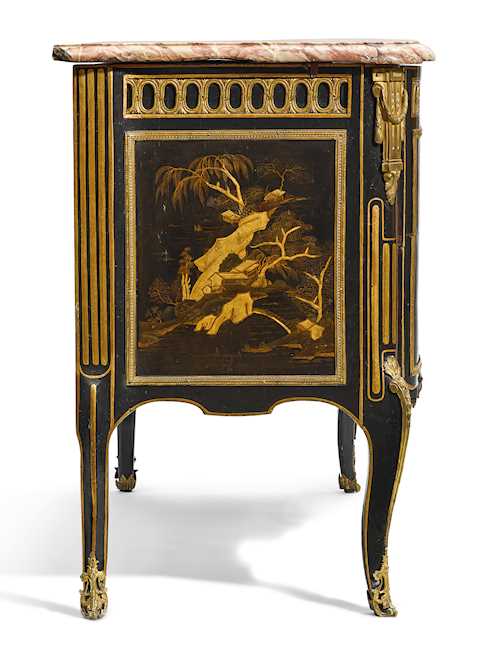 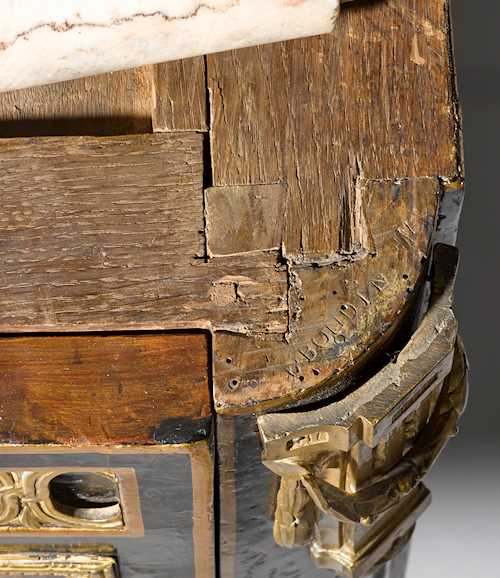 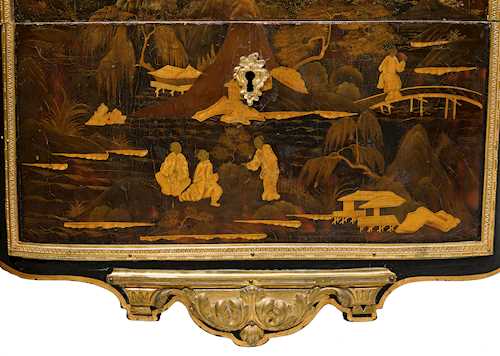 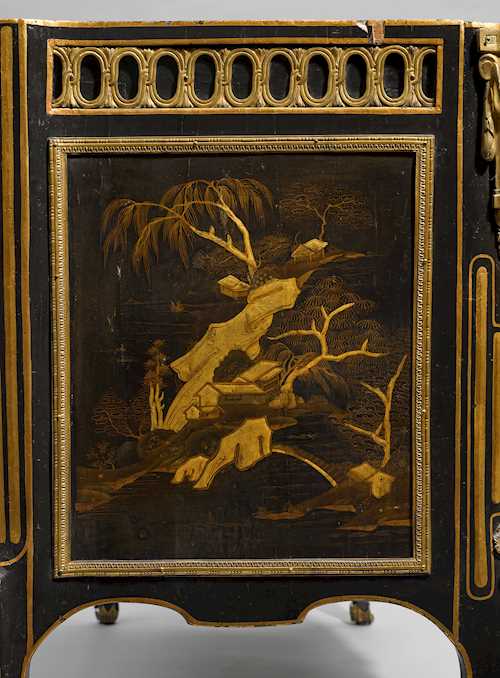 Among the Chinese art objects that had already reached Europe in the 15th and 16th century, via the Spanish and Portuguese explorers and merchants, especially the objects made of porcelain and lacquer caused a stir, since they could not be produced in Europe at the time. Although the first European lacquer products were already available from the 15th century onwards, they did not come close to the Asian lacquers in quality and durability. The varnish clouded over relatively quickly and became brittle.

L. Boudin had his studio in Rue Traversière in Paris, where he initially worked for the famous P. Migeon. The sources refer mainly to chests of drawers and dressing tables with floral marquetry and lacquer panels.

Two very similar Transition chests of drawers by Léonard Boudin were sold at Sotheby's London in 1985, and in the Paris art market in 1987 (Illustrations by P. Kjellberg: Paris 1989, pp. 96 and 97).