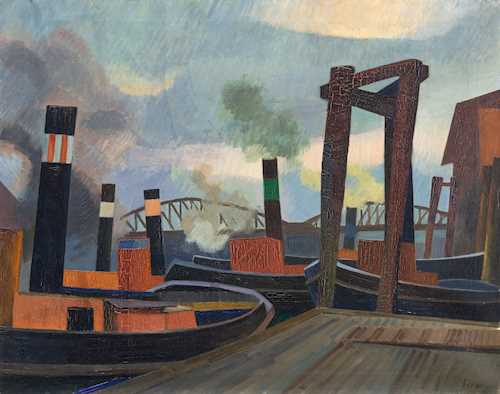 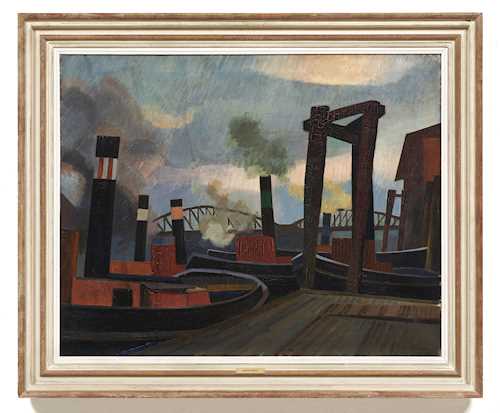 Today, Auguste Herbin is considered an important co-founder of geometric-constructivist art; however, his œuvre is rooted in Impressionism and Post-Impressionism. 1907 was decisive in the determination of his personal style, which is particularly characterised by a free handling of form and colour. In the spring of that year he worked in Corsica and was fascinated by the Mediterranean island with its clear light. Several works from the port of Bastia were created there. Likewise in 1907, just a few months later, he painted views of the port in Hamburg, with more compact shapes and muted tones reacting to the conditions of the north.

Sold for CHF 34 460 (including buyer’s premium)
All information is subject to change.