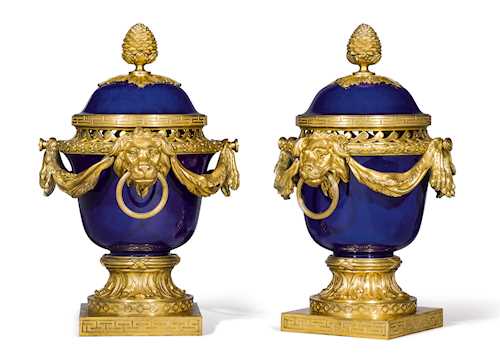 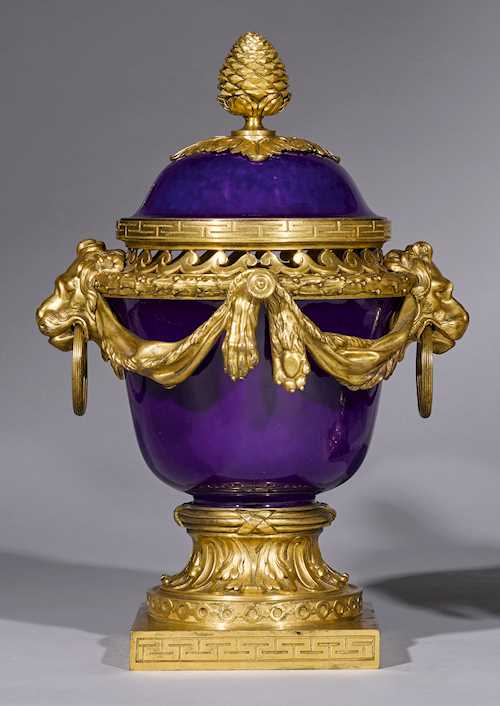 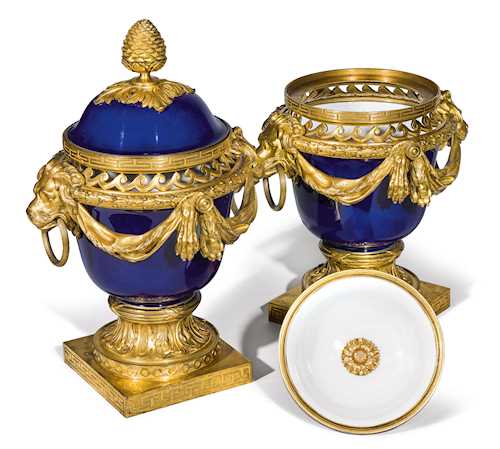 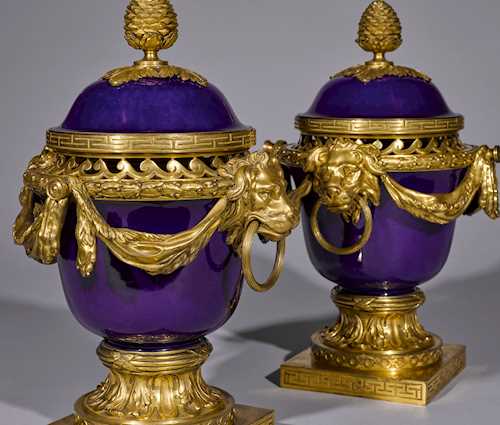 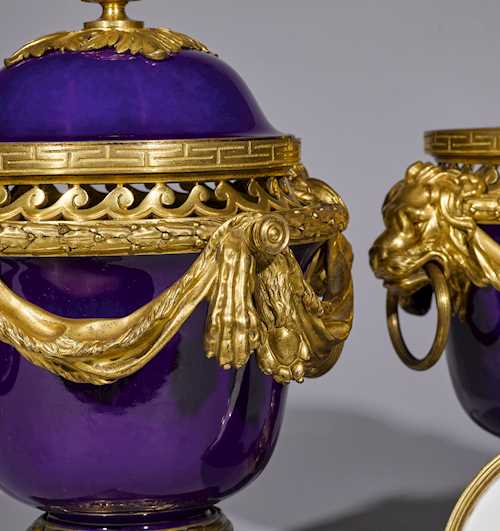 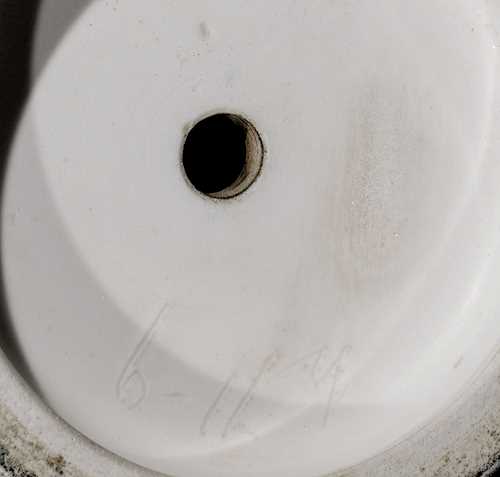 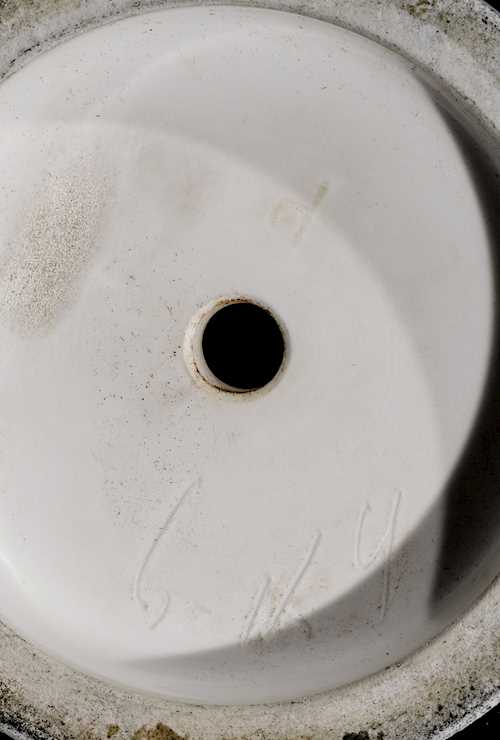 Provenance:
- from a French collection.

A lidded vase with an analogous design, with Sèvres porcelain in "beau bleu" and identical bronze decoration, was delivered to the Polish Royal Court in the 1770s and is now part of the collections of the Lazienki Palace in Warsaw. Another pair with incorporated candelabras inside the vessels is now part of the collections of Fontainebleau. Dulac also delivered a pair of these vases to Madame du Barry around 1770, which are now kept in Versailles on loan from the Fontainebleau Castle collection (Inv. No. F586c).
In the early 1760s, the Manufacture Sèvres began to produce vases with bronze mounts; the latter were applied and signed by the "marchand-merciers" after they had acquired the porcelain vessels for resale. The most important objects of this kind were produced in the so-called "beau bleu" and were made almost exclusively for the French or European high nobility. The most important "marchand-merciers" and "bronziers" of the period, such as D. Daguerre and P.P. Thomire, are mentioned in the archives of the Manufacture Sèvres as buyers and provided designs for the porcelain vessels. Jean Dulac is also mentioned in the Sèvres archives as a buyer between 1758 and 1776, who purchased a large part of the production of this type of vase, known as "vase en cloche".
One of the vases delivered to the Polish Royal Court has an inscription on the lid: 'DULAC MD. RUE ST. HONORE A PARIS INVENIT'. This does not necessarily mean that the design came from Dulac himself, but it does indicate that he claimed the rights for this model. (Cf. Carolyn Sargentson. Merchants and Luxury marktes. The Marchands Merciers of Eighteenth-Century Paris. London 1996, pp. 51/52; see also: P. Verlet, Les bronzes dorés du XVIIIe siècle, Paris 1987; pp. 72f. (with ills. the aforementioned magnificent lidded vase from the Warsaw Palace) and p. 205 (with ills. the vase girandoles of Fontainebleau). A very similar pair of vases, but unsigned, is in the Huntington Collection, in Pasadena California (Inv. Nos. 13.19 & 13.20). Other models attributed to Jean Dulac appear repeatedly at auctions and regularly fetch high prices. (See for this: Christie's London, 2 December 1997, Lot No. 40; Christie's New York, 18 May 2006, Lot No. 776; A Pair of Green Vases at Christie's London, 5 July 2012, Lot No. 23)

Sold for CHF 55 710 (including buyer’s premium)
All information is subject to change.