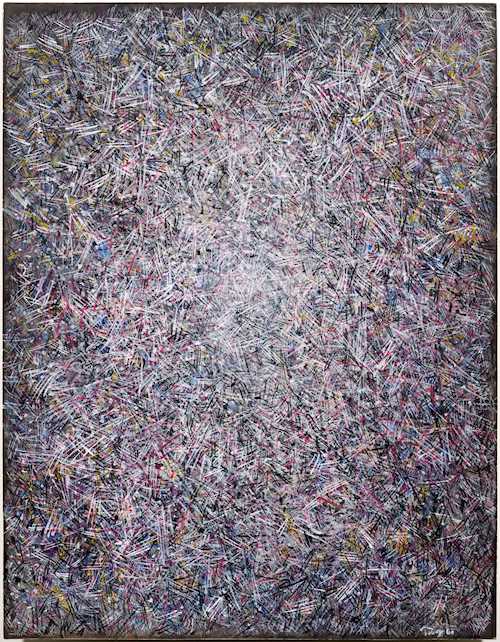 The first two works from 1959 and 1960 (Lots 3713 and 3710) offered here at auction, were produced during the period when he was emigrating from the US to Switzerland and are wonderful examples of his "White Writing". What is striking about the works from this period are firstly their small, indeed intimate format. Tobey devotes himself meticulously and with great perseverance to the creation of microscopic worlds, which he has drawn from his observation of nature, the city, and the light. The strokes become increasingly overgrown, bound together, overlaid, depicting labyrinths, urban structures, fields, fungi, or organic structures. "White lines in movement symbolize a unifying idea which flows through the compartmented units of life bringing the consciousness of a larger relativity."

In the three later works presented here (Lots 3707, 3708, 3709 and 3711) we also find an organic structure, yet Mark Tobey has abandoned the meticulous fine, stroke-like drawing style, in order to find expression through larger strokes and a colourful palette. The wonderful work from 1969 has an arrestingly generous format, strong colours, and energetic movement in the brush strokes.

Sold for CHF 132 060 (including buyer’s premium)
All information is subject to change.