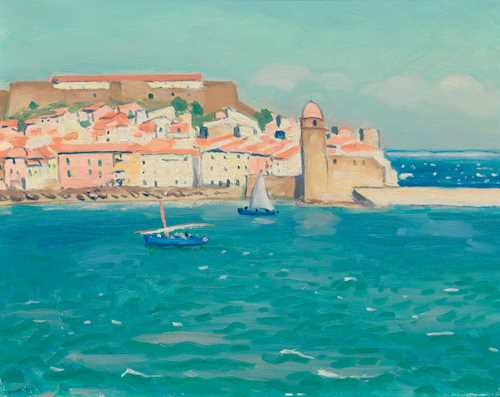 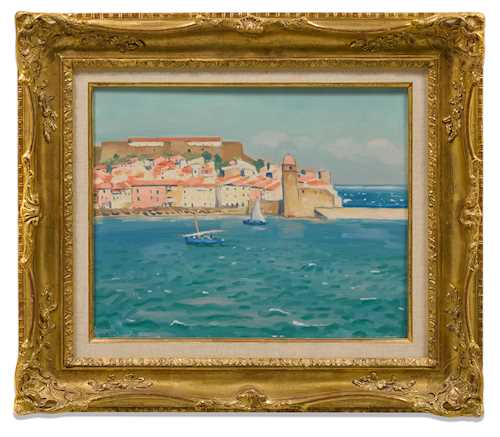 Provenance:
- R. Peter, circa 1954.
- Presumably Galerie des Granges, Geneva.
- Swiss private collection, presumably acquired from the above gallery and by descent to the present owners.

This harmonious composition by Albert Marquet shows the town of Collioure on the Côte Vermeille. A small, charming commune nestled between a turquoise bay, fertile vineyards and the Pyrenees Mountains, which dive into the Mediterranean with the Albères Massif. Collioure became famous through Matisse and Derain, who spent their summer there in 1905. The area’s unique light and variety of colours inspired the two artists and triggered a significant art historical event: the birth of Fauvism.

As a member of the Fauves, Marquet was very well acquainted with Collioure and he had already painted the sketch of the delightful coastal town with its characteristic tower earlier. By contrasting the deep blue of the water with the reddish facades of the buildings, Marquet successfully captured the southern Mediterranean mood of Collioure in the present painting.