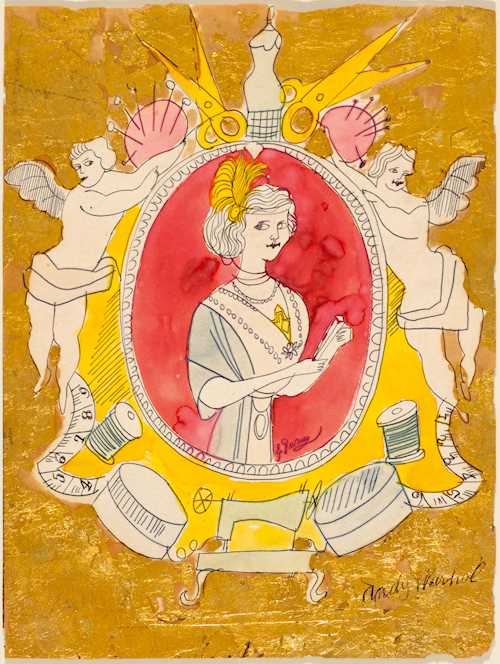 Andy Warhol is indisputably one of the most prominent artists of the second half of the 20th century. His silkscreens of the late 1960s, such as "Flowers", "Campbell's Soup" or "Marilyn", are still considered icons of Pop Art.

This makes the constant presence of drawing, the only medium that runs through his entire career, from his beginnings as an art student in 1940 to his death in 1987, seem all the more striking. After moving to New York in 1949, Warhol made his living as an illustrator for shoe advertisements. Shortly afterwards, demand grew to such an extent that, in order not to have to turn down commissions, he hired assistants to work under his supervision; even his mother's squiggly handwriting was sometimes used.

Warhol's works on paper attest to his tremendous range. While the early drawings reveal his burgeoning interest in fashion illustrations, flowers or everyday products, later works illustrate his almost obsessive preoccupation with famous personalities, their fates, as well as the political and social challenges of the time.

A recurring feature is the "blotted line", which Warhol skilfully employed early on, and which combines drawing with the basics of printmaking. Warhol began by copying a line drawing in pencil onto a piece of non-absorbent paper. He then attached this sheet of paper to a second sheet of more absorbent paper with a hinge by gluing the edges together on one side. Using a fountain pen, Warhol drew over a small part of the lines with ink. Finally, he transferred the ink to the second sheet by folding it along the hinge and slightly pressing or "smudging" the two papers together. In this way, delicate, dotted and broken lines were created, which are a distinctive feature of Warhol's illustrations. The addition of watercolour or gold leaf gave the works their finishing touch.
Produced around 1957, this depiction of a seamstress, enhanced with gold leaf, illustrates Warhol's affinity for detail. He places her prominently in a vignette against a red background, her gaze turned directly towards the viewer, radiating a sublime elegance, which is accentuated by her clothing. At the same time, Warhol gives her eyes and mouth a mischievousness that contrasts with the dominance of the gold leaf. Framed by two putti as well as a variety of sewing utensils, “Seamstress” on the one hand underlines Warhol's passion for craft and fashion, but on the other hand, with the “blotted line”, it symbolises his gradual shift towards working in series.