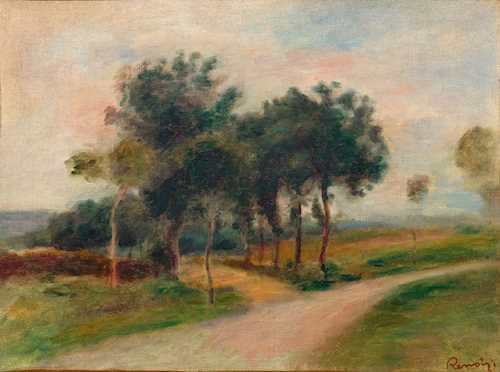 Provenance:
- Succession Renoir.
- Collection Pierre Renoir.
- Private collection Rüschlikon, acquired in 1924 from the above and by descent to the present owner.

Renoir's works are accompanied by life’s unseen elements, revived by the artist through his motif. His landscape paintings, in particular, are much more than an atmospheric convergence of natural elements. Through a sense of the intangible, Renoir created an interaction between that which is visible and his perception thereof, combining the two with a play of colours and light to bring his works to life.