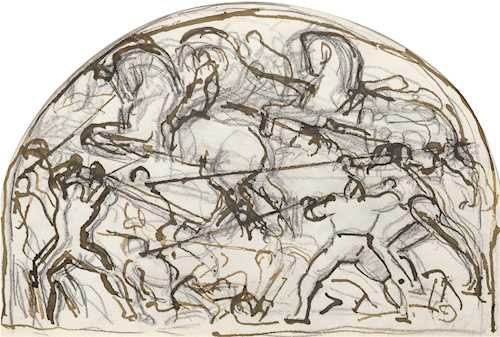 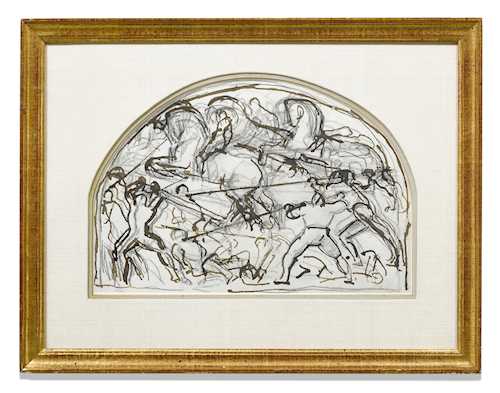 
As with the drawing offered in Lot 3030, this is also a study for Hodler's composition for ‘The Battle of Morat’, which was planned as a mural in the armoury hall of the Swiss National Museum in Zurich but was never executed due to Hodler's health condition. The drawing shows a later compositional idea in which the fleeing cavalry of the Burgundian army no longer appear as a tumult of figures, but instead in a more abstracted and reduced form.

Sold for CHF 7 500 (including buyer’s premium)
All information is subject to change.