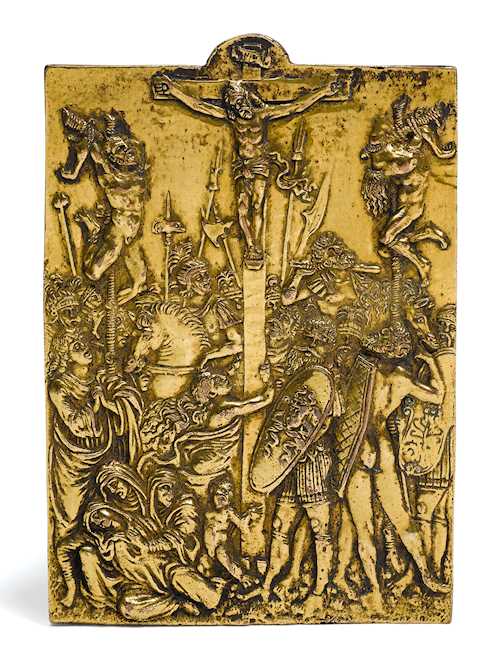 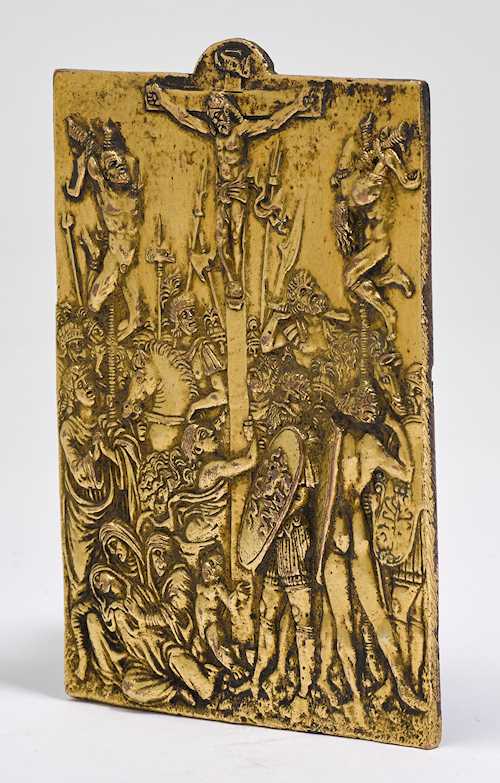 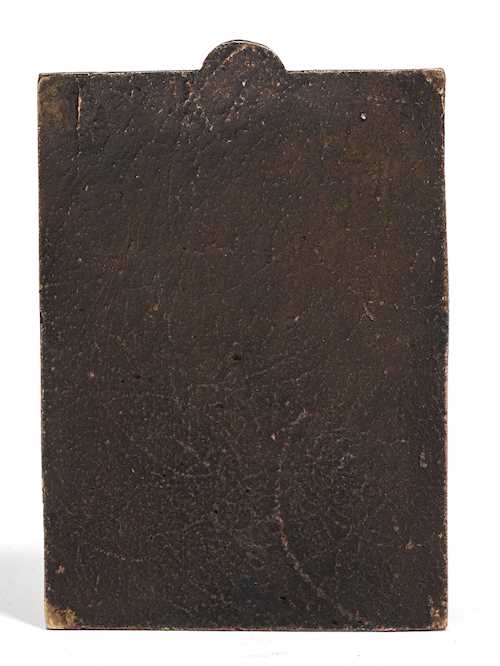 Northern Italy, after a work by Galeazzo Mondella (1467–1528), known as Moderno. Later cast, probably 17th century.
Gilt bronze. A multi-figure representation of the Crucifixion. Christ on the cross between the two thieves. Mary Magdalene clinging to the cross. Surrounded by numerous soldiers and guards, and St. John. Mary is sitting on the ground, supported by two women.
H 10.5 cm, W 7.5 cm.
Later cast of a relief plaque, which is attributed to the artist Moderno. Moderno is the pseudonym of a goldsmith who was active in Northern Italy and later in Rome. He signed some pieces with "Opus Moderni". It is believed that the goldsmith Galeazzo Mondella, from Verona, is behind this pseudonym.

Sold for CHF 1 375 (including buyer’s premium)
All information is subject to change.