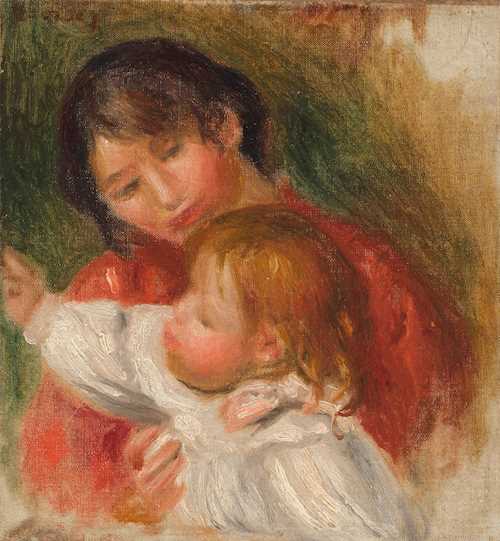 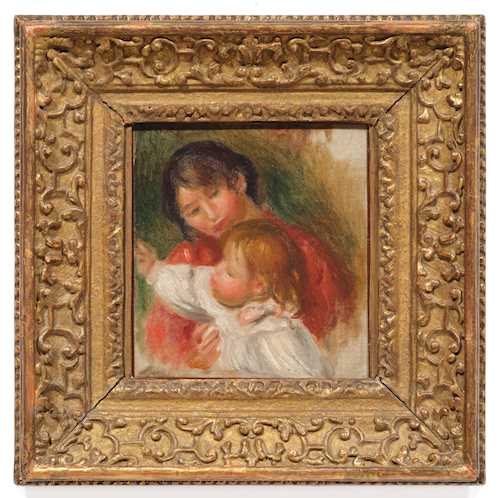 In 1895/96 Renoir devoted himself to a series of paintings showing his son Jean Renoir together with the maid Gabrielle. Mostly the boy plays with figures or other objects. In addition to a few smaller, less elaborate studies that show only the child's head, for example, there are pastels on the subject as well as a handful of oil paintings, one of which is now in the Orangerie in Paris. One version in oil shows little Jean reaching for an orange. Our work is the preliminary study for that work. The present study, though small, is exceptionally beautiful in its elaboration and use of color.