More than half of the luxury watches sold in the world today come from Switzerland, and the principal brands nearly all proudly display the "Swiss Made" label. As the largest Swiss auction house, it naturally follows that we organize dedicated auctions for rare wristwatches and pocket watches. Men’s wristwatches from major brands from the 40s, 50s and 60s are by far the fastest-growing category in these sales, led by Patek Philippe, and closely followed by vintage Rolex, Vacheron Constantin, A. Lange & Söhne, Audemars Piguet, IWC and Breguet watches, all of which are regularly featured in our auctions. 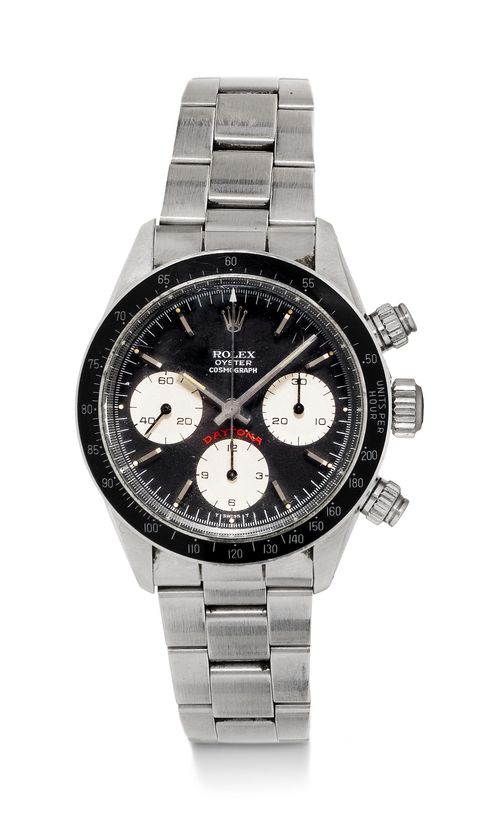 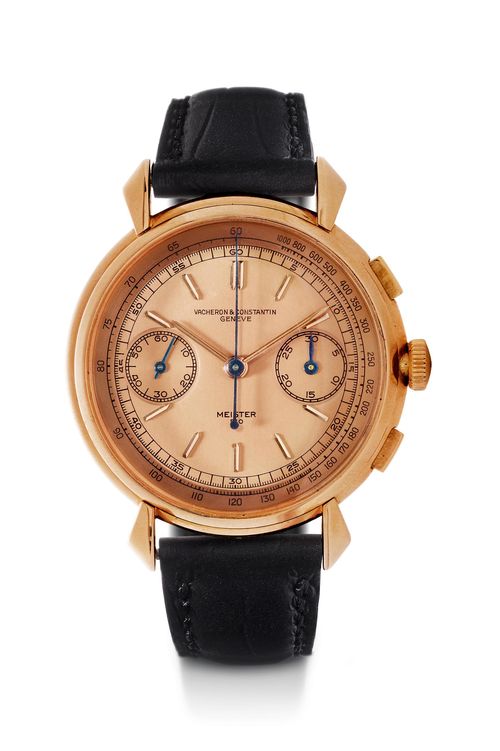 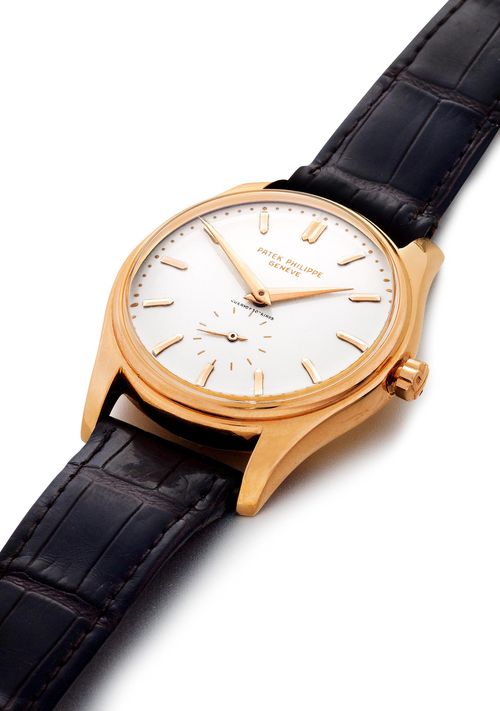 Stainless steel.
Flyback chronograph from the French Air Force, screw-down back No. 3110, military stamp: FG 30 8 66, CEV, 61. Rare, rotatable bezel with triangle index. Brown dial. Valjoux Flyback Cal. 225. Brown leather band with white gold clasp. D 38.5 mm.
This watch is not only highly attractive, but also a rare example of an instrument made for an elite group of test pilots during an exciting period of aviation history. “Type XX” (20) is a term used by the French Defense Ministry to designate a series of wristwatches issued to Air Force and Navy pilots and flight crews. First manufactured by Breguet in 1954, the Type XX was inspired by the chronographs used by German Luftwaffe pilots during World War II. In the days before electronic navigation, aviators needed an instrument which would accurately measure the time intervals used to chart their course. The movement of the Type XX has a specific “flyback function” which allowed pilots to stop, reset and restart the chronograph within 1/5 of a second, crucial to flight accuracy. This particular watch was made for the Centre d’Essais en Vol (Flight Test Center) in Bretigny near Paris, as indicated by the “CEV” engraved on the back. The CEV has a long and illustrious post-war history, and it is where the elite of French test pilots experimented with jet engines, ejector seats, and of course French fighter jets such as the Mirage. Several features of this watch are unusual, among which are the brown dial (most were issued in black), and the third register at 6 o’clock with a full 12-hour chronograph display. The director of the CEV from 1948-58, Louis Bonte, possessed a brown-dialed version of the Type XX. The engraving on the back of the present watch, FG 30 8 66, refers to the next scheduled maintenance (fin de garantie), regularly required by the French military for these indispensable instruments. Breguet has a long history of working with the French military. Already in 1815, its founder, Abraham-Louis Breguet (1747-1823), was appointed Royal Watchmaker to the French Navy. Another member of the Breguet family, Louis-Charles Breguet (1880-1955) manufactured reconnaissance aircraft for France during World War I. The French Air Force continued to issue Breguet Type XX watches to its pilots throughout the 1980s. In the 1990s, Breguet began manufacturing two versions of this aviator’s chronograph, now known as the Type 20: the Aéronavale and the Transatlantique. 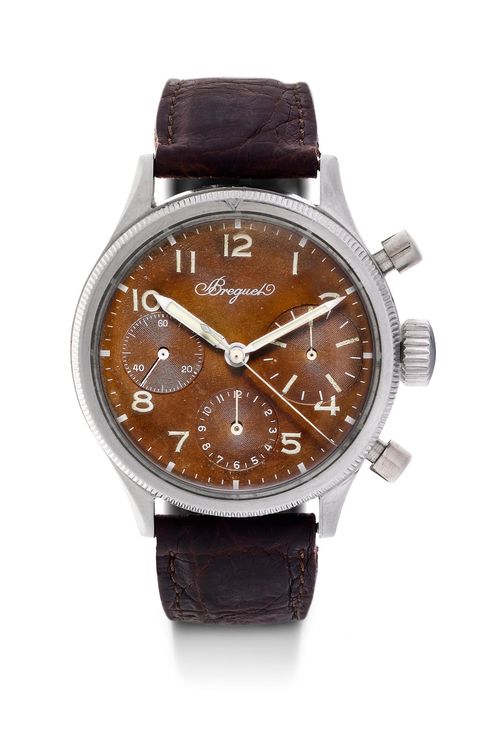 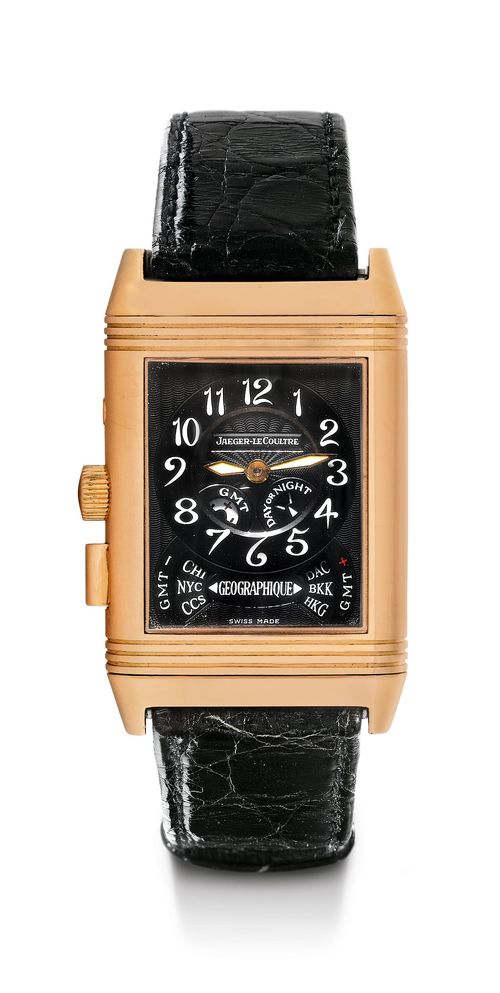 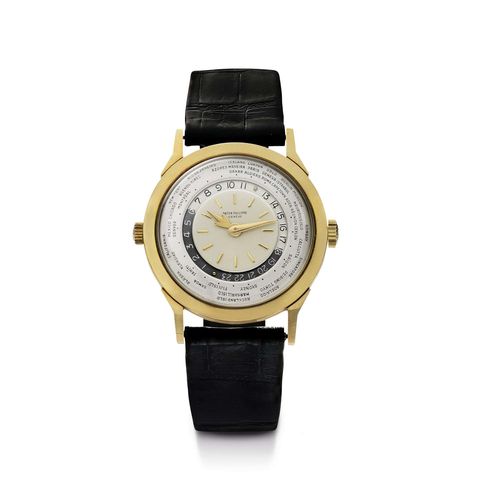 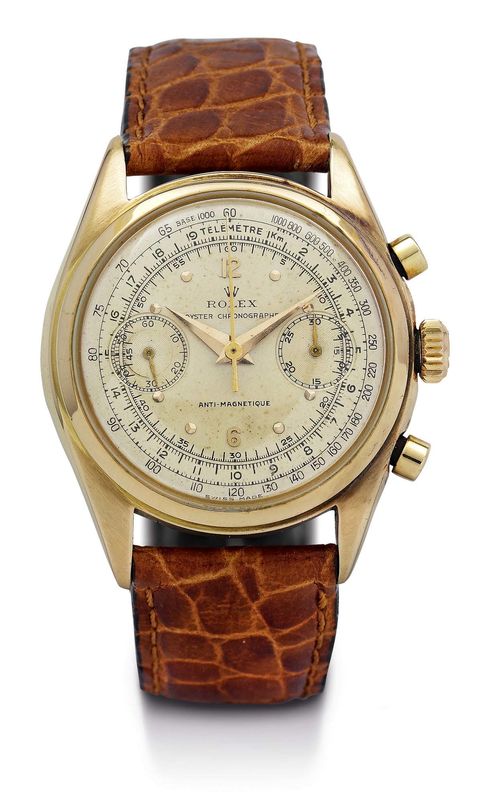 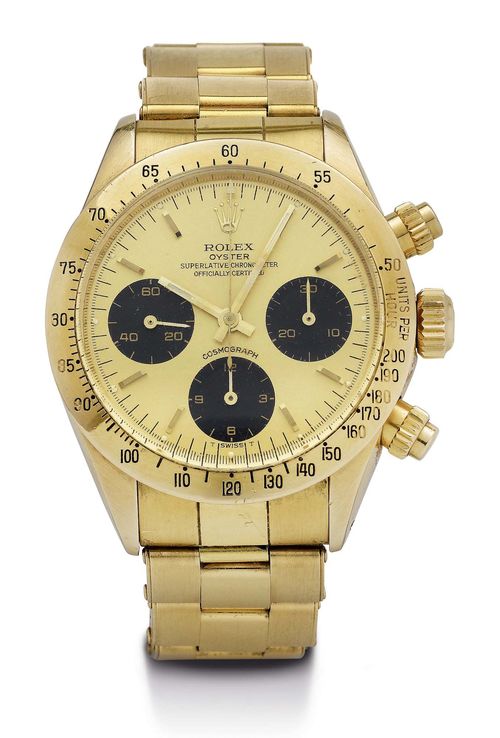