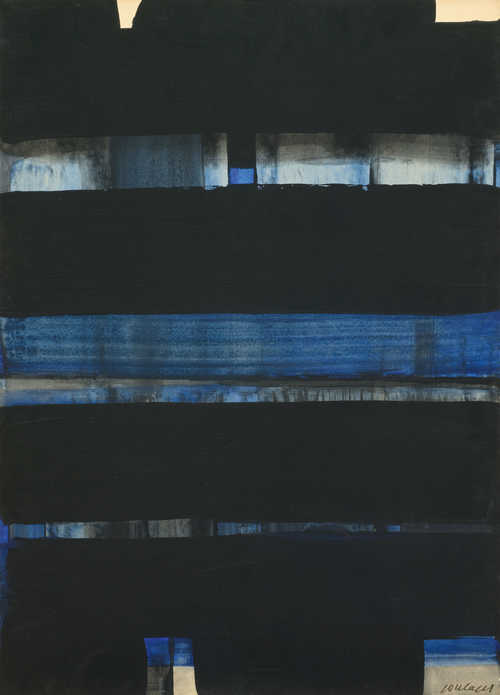 (Rodez 1919–lives and works in Paris)
Untitled. 1973.
Gouache on paper on canvas.
Signed lower right: soulages.
75 x 54.5 cm.
The authenticity of this work has been confirmed by Pierre Encrevé. It will be included in the forthcoming catalogue raisonné.