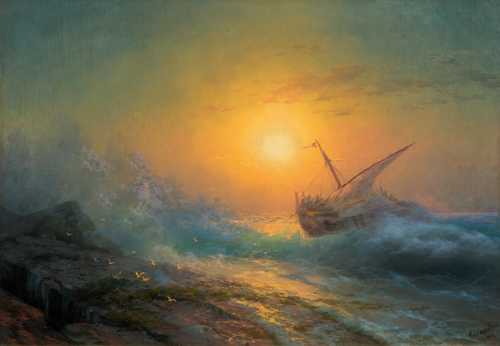 (1817 Feodosija 1900)
Stormy sea at sunset. 1896.
Oil on canvas.
Signed in Cyrillic lower right and dated: 1896. Also signed and dated on the reverse canvas: 1896.
68 × 99 cm.
Provenance:
- An Armenian family collection, acquired directly from the artist by the great-great-grandfather.
- European private collection, acquired from the above-mentioned family.